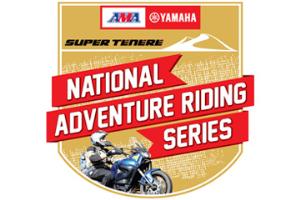 Unlike many of the races that AMA sponsors in various riding styles, the Adventure Riding Series aims for more of a fun weekend than a competitive one. With more than 20 stops around the country, these two-day weekend events feature organized rides on some of the best off-road trails that the U.S. has to offer. There are also plenty of non-riding events for the family, like bonfires, cookouts and giveaways.

"Adventure-touring continues to explode in terms of popularity, and we're psyched that Yamaha has chosen to partner with the country's premier adventure-touring series as a way to show off the company's new Super TÃ©nÃ©rÃ© motorcycle, and show support of the segment, and its enthusiastic riders," said AMA President and CEO Rob Dingman. Dingman added that fans can expect the rides this year to be a step up in quality thanks to the manufacturer's involvement.

The sponsorship is also great news for anyone who already owns a Yamaha Super TÃ©nÃ©rÃ©, as they'll enjoy a 25 percent discount on all one- or two-day series rides as part of the program.