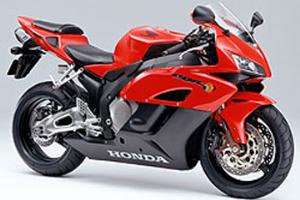 An association of British motorcycle dealers has named the Honda CBR1000R Fireblade as the "Best Used Bike of the Year."

More than 600 voted in the British Dealer News survey, and the Fireblade reportedly won in a landslide. The bike features a 999cc liquid-cooled four-cylinder inline engine that allows it to perform well both on the street and the track.

The motorcycle scene across the pond might be a tad different than in the U.S., but it's hard to argue with the voters' reasoning. The CBR1000R Fireblade is one of the best-looking and most-desired bikes on either side of the Atlantic, it consistently sells well and has earned top marks for quality and reliability in a number of consumer surveys, in addition to offering excellent resale value.

"The Fireblade has consistently proved itself as an incredible machine both on the road and track," said Steve Martindale, Honda's general manager in the UK. "The fact that it's still as popular today as it was back in 1992 when it was introduced in its first incarnation is testament to the machine's impressive credentials and, we're delighted to know that motorcycle dealers across the industry hold the Fireblade with the same regard as our customers do."