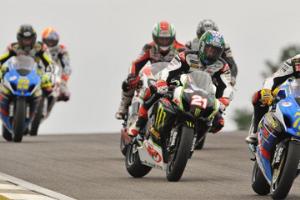 The American Motorcyclists Association will expand its calender to nine rounds, most likely adding the extra round as the season finale, according to Cycling News.

Barber Motorsports Park will go back to its standard spring date from June 17 to 19. The first competition in 2003 took place in September after being moved to the spring. In 2009 the race occurred in May and Honda withdrew its sponsorship. The 2010 competition was held in September, but it conflicted with the college football schedule, which is one of the most popular sporting events in Alabama.

The current race is being promoted by Zoom Motorsports and has been developed with AMA Pro Racing for quite a while. The track was originally to be featured on June 24 to 26 but was recently bumped up a week.

The Pro Road Racing Season is currently scheduled to end at New Jersey Motorsports Park where it wash held in 2009, but there are rumors that officials may change the locale to Las Vegas Motor Speedway or Homestead Miami Raceway.