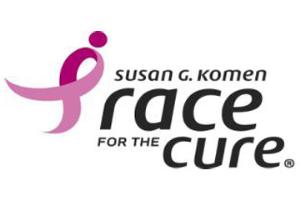 Josh Hansen may have won the Premier race at the AMA Supercross event in Anaheim this weekend, but much of the attention was on a race of a different kind: the Susan G. Komen Race for the Cure.

Riders and bikes were decked out in pink for the event as part of the partnership between the breast cancer awareness organization and the AMA. Hundreds of volunteers were on hand to educate fans about breast cancer, collect donations and raise awareness of the important cause.

"The Supercross fans have been great. They have been curious and generous, and people are thanking us for being here supporting the cause," Vernelle Blackwell, a volunteer with Susan G. Komen, told Ultimate Motorcycling.

The event marked the second year in a row that riders have donned pink motorcycle apparel in support of the cause. In 2010, organizers reported that they were able to raise approximately $57,000 from the event. One of the chief ways that the group raises money is by raffling off the specially-colored motorcycle gear after the race is over.

Susan G. Komen has partnered with various organizations in recent years by asking athletes to wear pink. A prominent example this year was the group's partnership with the NFL, which saw everyone from referees to players sprucing up their uniforms with the color.