The bike was previously only available overseas, primarily in India and Europe. Honda made the surprising announcement just days before it is set to debut at the EICMA show in Milan.

The 250 CBR will compete in the 250cc segment against the Kawasaki Ninja 250R, which has dominated the entry-level market to this point. But if the early specifications are any indication, the Ninja appears to have some stiff competition. Honda's new CBR 250 sports a fuel-injected engine over the Ninja's carburetor-powered affair, and also offers anti-lock brakes as an option.

The lightweight machine boasts 26 horsepower and 17 pound-feet of torque, which is just enough power for first-time riders to handle. While the bike is aimed as a starter, experienced riders who simply want a bike that will get them from point A to B might want to take a hard look at the 250CBR as well.

What will ultimately determine the bike's success is pricing. The Ninja 250R is Kawasaki's best-selling model and sells for $4,000, but Kawasaki doesn't make a big profit on the bike, instead hoping that the model introduces people to the brand and gets them to eventually step up to the ZX series. If Honda is willing to take a slimmer profit margin, it could pay off in the long run. 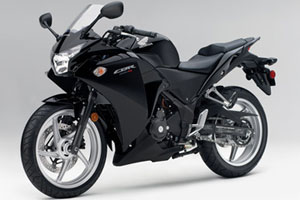 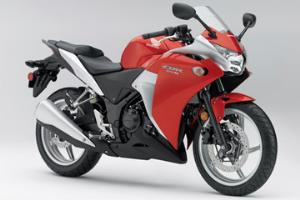