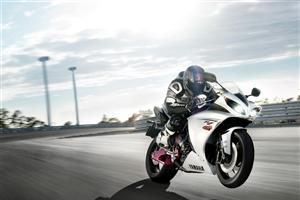 Yamaha has announced that they have locked up AMA Pro Road Race points leader Josh Hayes with a new two-year contract that will see the breakout superstar remain with the team through 2012.

The veteran racer, who rides for Yamaha-associated Graves Motorsports, stepped up to the Superbike division last year and earned himself a second place overall finish. This year, he improved on that, mounting a comeback after a disastrous start to lead all racers by 22 points going into the final race this weekend in Birmingham, Alabama.

Hayes, known as both the "Mississippi Madman" and the "Hurricane," didn't get his first win till the seventh race of the season, but hasn't placed worse than second since then. A win this weekend will give him his first top division motorsports championship in his long fourteen-year career, although he had two Formula Extreme wins with Honda.

"Josh has proven to be a tremendous asset to the team and his success is proven in the current point standings," said Graves Motorsports Team owner Chuck Graves.

"I'm so excited to have this opportunity with Graves Yamaha for the next two seasons," said Hayes, "My crew and the entire team have enjoyed great success this year and it is fantastic to attend this last event with my plans for the future solidly in place. I am looking forward to the final round at Barber and plan to do my best to bring them home the Championship they deserve."