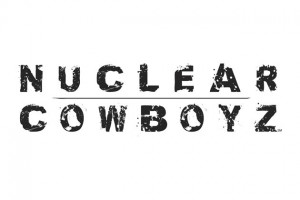 "Nuclear Cowboyz truly is the dawn of a whole new freestyle motocross experience with the best FMX riders in the world performing together in one explosive theatrical production," says Kenneth Feld, Producer and CEO of Feld Entertainment, Inc. "Nuclear Cowboyz will ignite the arena floor with freestyle motocrossers defying gravity in this post-apocalyptic atmosphere, leaving the audience with an unbelievable and unprecedented adrenaline-rush. This Feld Motor Sports production is going to be the greatest, most exciting freestyle motocross show ever produced."

The Nuclear Cowboyz tour is creating a new frontier in freestyle motocross by combining the high-octane sport and the high caliber of entertainment production for which Feld Entertainment is known. The story line rips wide open when the Nuclear Cowboyz reunite after chaos rocks their world. The sparse population divides into two tribes which operate without governance and compete for supremacy of their new world.

Â· Barry Lather (Director and Choreographer) - returns to Feld Entertainment from his most recent work with Rihanna's Girl Gone Bad Tour, soul artist Estelle and ABC's Dancing With The Stars;

Â· Jesse Blevins (Lighting Designer) - has overseen spectacular lighting scenery for a variety of performers and performances including his latest for this year's No Doubt Tour with lead singer, Gwen Stefani;

History will be made January 2nd when Feld Motor Sports debuts Nuclear Cowboyz at Pittsburgh's Mellon Arena. The non-stop, aerial amazement of this new frontier in freestyle motocross will travel to 15 North American cities in 2010.