Almost two years after iconic MotoGP star Nicky Hayden's tragic death, his number 69 will be retired from the premiere class of motorcycle racing. The decision to retire the Kentucky Kid's number is a fitting tribute to a great person who was a standout racer on the track and a humble and highly respected man off the track. As one of the elite few American riders to win the coveted premiere class title in the 70 year history of the Grand Prix Road-Racing World Championship, it only makes sense that Hayden's number will be retired on US soil during the Red Bull Grand Prix of the Americas in Austin, Texas, April 12-14. 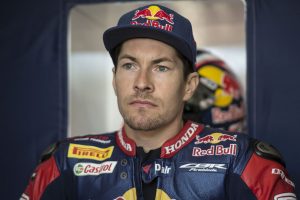 Born with a competitive spirit flowing in his veins, Nicky followed the motorcycle tire tracks set by his father who raced under the number 69 and rode on to establish a great career highlighted by accolades and milestones.

Just as he was one of the very few American riders to win a MotoGP championship, Nicky's number 69 will join a short list of other memorable MotoGP numbers which have been retried such as #34 (Kevin Schwantz), #58 (Marco Simoncelli), #65 (Loris Capirossi) and #74 (Daijiro Kato). 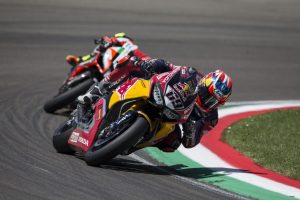 In an article on MotoGP about the retiring of Nicky's number, his father Earl stated, "What a great honor it will be for Nicky's #69 to be retired at Austin. It is very fitting that it will be done at the US race as these races meant so much to Nicky and he looked forward to them so much every year. For myself in particular this will be very special event because the #69 was my number when I raced and I was very proud to see Nicky run the #69 on his bikes for his entire career. On behalf of my entire family I would like to say a special thanks to Dorna for honoring Nicky in this special way along with the many other gestures they have done to support us through the difficult times."