MX Sports Pro Racing has announced the return of Fox Raceway in Pala, California, for the 2019 Lucas Oil Pro Motocross Championship, sanctioned by AMA Pro Racing. The new Southern California home of the world's most prestigious off-road motorcycle racing series will host the second round of the season on Saturday, May 25, when the Pala National joins the most iconic weekend in motorsports on Memorial Day Weekend. 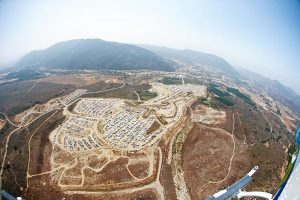 Pala previously served as the season finale of the Lucas Oil Pro Motocross Championship for back-to-back seasons in 2010 and 2011, which signified the return of the sport to the San Diego area following an absence that spanned multiple decades after the closure of famed Carlsbad Raceway. During those two seasons, Ryan Dungey and Dean Wilson claimed back-to-back victories in the 450 Class and 250 Class, respectively, with Wilson amassing an undefeated record by winning all four motos.

"We are excited to keep the Lucas Oil Pro Motocross Championship in Southern California, and it's fitting that it comes with a return to Pala considering the overwhelming popularity of that event during our initial partnership," said MX Sports Managing Director Roy Janson. "This region provides the pulse for the entire sport, so it is important that we provide our teams, riders, and fans with the best possible venue to showcase this championship. The Pala Band of Mission Indians has remained committed to enhancing their facility, and they have put their trust into a group of industry veterans to ensure the track's presence continues to grow."

The track would not exist without the support of the Pala Band of Mission Indians, who helped open the raceway located on the tribe's land in the northernmost area of San Diego County nearly a decade ago. Pala's top-notch facility and expansive layout has become a staple of the Southern California motocross scene, and is beloved by both enthusiasts and professionals. Veteran organizers 2X Promotions, which also produces the legendary Mammoth Motocross, the Road to Mammoth series, and the FMF California Classic, will spearhead the promotional efforts surrounding the Pala National. "When MX Sports Pro Racing contacted us with the opportunity to bring the Lucas Oil Pro Motocross Championship back to Pala we jumped at the chance," said Myron Short, Founder and VP of Operations for 2X Promotions. "This is the most storied motocross championship in the world and Fox Raceway has grown to become what is arguably California's premier motocross track. It's fitting that these two entities are back together and we hope this is the beginning of a long and historic partnership."