The Monster Energy/Yamaha Factory Racing Team looks to start the New Year on a high note this Saturday, January 5, at the 2019 Monster Energy AMA Supercross season opener at Angel Stadium of Anaheim, in Anaheim, California. 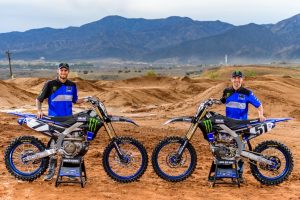 and Aaron Plessinger (#7) aboard factory-prepped Yamaha YZ450Fs. A reenergized Barcia returns for his second season with the factory squad and aims to get his first win since 2013. The two-time 250SX East champion got a hot start to the season last year, scoring three podiums in the first four races. Unfortunately, his season was interrupted with injury, but Barcia still managed to end the season top 10 in the point's standings in one of the most competitive and prestigious motorcycle racing championships in the world.

Making his debut with the factory team this weekend is 450SX rookie Aaron Plessinger. Fresh off of his landmark 250 class season on the Monster Energy/Star/ Yamaha Racing team, earning both the Monster Energy AMA Supercross 250SX West Championship and AMA 250MX Championship, Plessinger hopes to carry that momentum forward into the premier class aboard his Yamaha YZ450F.

The much-anticipated Anaheim I season opener gets underway with practice starting at 3:00 p.m. ET. Live coverage begins on NBC Sports (NBCSN) Saturday at 10 P.M. ET and on NBC Sports Gold providing subscribers with Live Streaming coverage of all qualifiers and races without commercial interruption (Supercross Pass). 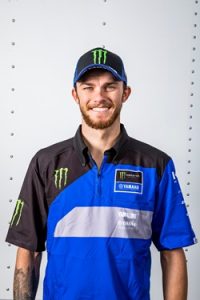 "Going into A1 it will be just trying to get up there with some top guys and race them as hard as I can to see where that puts me. I've only been on the bike about 3 weeks since I injured my back a while ago but I feel awesome on the bike right now and my fitness is not far off of what it needs to be so I should be right up in the mix! The biggest challenge would probably be there are so many fast guys and past champions on the gate it's going to be really tough to get out front and go but my starts have been dialed and I think I can get with It and battle these guys the whole race". 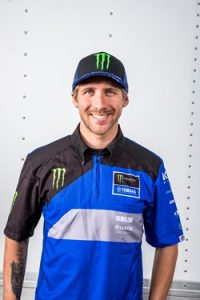 "I'm very excited to be heading into A1 healthy and on the factory Yamaha team for my second year with them I'm feeling extremely fit and comfortable on my 450 it's definitely going to be an exciting year I feel after having a really good learning year in 2018 that I will be a title contender in 2019".