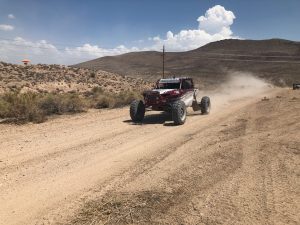 The Polaris RZRÂ® Factory Racing team battled through the dust, silt, and ever-changing conditions of the Nevada desert this weekend competing in the longest off road race in the U.S.  Following a nearly three month break from the 50th BFGoodrich Tires SCORE Baja 500, the team came back fully prepared to take on the nasty terrain long into the night.  After traversing 535 miles, the dust settled for the Turbo Class and 1st and 2nd place were separated by less than two minutes.

"The Polaris RZRÂ® Factory Racing team has proven itself through a wide variety of side-by-side race formats this season, so to have them push through the long and arduous course that requires incredible endurance and determination is nothing short of spectacular," said Matt Boone, RZR and GENERAL marketing director at Polaris.

This weekend's race builds on an unparalleled 2018 season stacked with incredible performances from the team, which includes top podium finishes at every major race to date. The team has amassed 31 wins and 85 podiums over the course of the 2018 season. 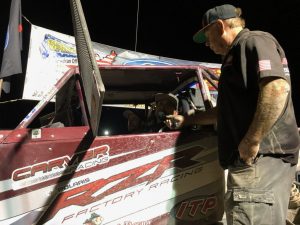 The Polaris RZR Factory Racing team is gearing up to take on the field at the SCORE Tijuana Desert Challenge on September 22 followed by the BITD Laughlin Desert Classic on October 13.