The 2018 AMA Pro Motocross Championship heads up to the Pacific Northwest this Saturday, July 28, for the picturesque Washougal National. Held in Washougal, Washington; Round 9 serves as a crucial point in the 12-round championship as Monster Energy/Yamaha Factory Racing teammates Justin Barcia and Cooper Webb look to solidify their goals before end-of-season. 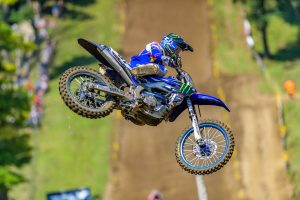 For Barcia, a race-win and overall victory are on the horizon as he and the team continue to work hard week-in and week-out. Through the first eight rounds, Barcia has sustained a solid third-place running in the 450MX Championship by finishing no less than sixth overall thus far. And with a host of podium finishes, the New York native will continue to strive for the center of the box in the final four rounds of racing.

Barcia's teammate, Cooper Webb, continues to battle his way back from injury as he heads into his fourth race back this Saturday. Webb has been consistently inside the top-ten since his return and the 2016 250MX Champion continues to work hard to make improvements in his overall results.

"I'm looking forward to Washougal, it's a good track and a great atmosphere with a lot of fans, so it's pretty cool. The track conditions get pretty slick but I've had good races in the past so I'm looking forward to that. I'm out here in California this week doing a bit of testing and getting the bike dialed in for those slicker conditions. It's a hot week out here and supposed to be a hot weekend in Washington, so that shouldn't be an issue for me - I train in the heat all the time and I think it actually suits my style.

After last weekend, having a bit of a tough race, I'm looking forward to getting back on the podium and back up where I belong - fighting for a top position. The points are getting tight toward the end of the year, so I definitely want to keep doing better and getting closer to that number one spot." 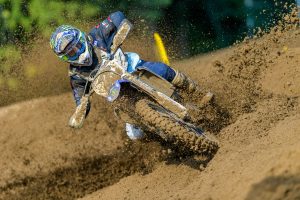 "I'm really excited for Washougal. It's always a race I really enjoy going to and it's very scenic in the beautiful Northwest. I didn't get to race it last year because I had an injury, so I haven't raced it since 2016. But I've won there before on the 250 and I had some podiums so it's a good track for me and I'm looking forward to heading back there. I had a good week here in North Carolina, I tested some more suspension and I got a little more comfortable so I'm excited to head up there and see how we stack up against everybody." 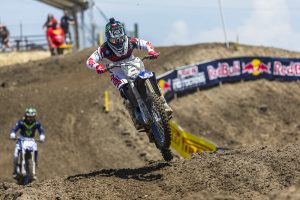 MEET YAMAHA BLU CRU's RYAN VILLOPOTO ON SATURDAY AND WATCH HIM COMPETE IN THE 125 ALL STAR SERIES RACE!

Yamaha bLU cRU rider and Washington native, Ryan Villopoto, will be honored on Saturday in front of his local fans as the Grand Marshal of the Washougal National. In addition to his honorable role on-site, the five-time AMA Pro Motocross Champion is also set to compete in the 125 All Star Series race aboard the iconic YZ125.

Friday night, from 6-7 p.m., stop by Pro Caliber Motorsports at 10703 NE Fourth Plain Blvd. in Vancouver, Washington where Justin Barcia and Cooper Webb will be on hand to meet fans, sign autographs and give away posters.

Other Yamaha bLU cRU riders who will be at Pro Caliber Motorsports include:

Stop by the Monster Energy/Yamaha Factory Racing team transporter on Saturday from 11:30 a.m. - Noon (the time is local and subject to change due to scheduling). Justin and Cooper will be there to meet fans and sign autographs.

IF YOU CAN'T MAKE IT TO WASHOUGAL, TUNE INTO MAVTV AND NBCSN