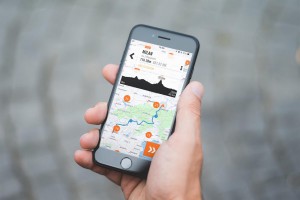 KTM's smartphone connectivity platform, KTM MY RIDE, available on a large number of its Street range increases in functionality for 2018, with the Phone and Music functions bolstered with turn-by-turn navigation and route planning, powered by a dedicated app.

Living in a connected world, KTM began introducing the possibility for users to connect their smartphones with the motorcycle in 2017. These features have been carefully designed to be intuitive to use and add to riding enjoyment, rather than distract from the road. 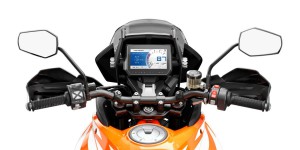 KTM MY RIDE Music
With a paired Bluetooth helmet headset, this connected function allows a KTM MY RIDE-equipped bike to take control of the smartphone's music player to listen to while riding. Using the left handlebar-mounted menu switch, the rider can toggle between tracks on a playlist or music archive and control the volume, with the information of the track displayed on the bike's TFT screen. 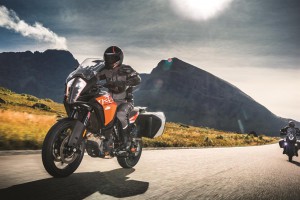 KTM MY RIDE Phone
Sometimes on a long ride it is important not to miss a call. With the ease of pairing a smartphone to the bike with KTM MY RIDE, this function allows the rider to see the identification of incoming calls on the TFT display and, using the menu switch, accept or decline the call. As a safety measure, accessing the phone's address book and making outgoing calls is not possible.

KTM MY RIDE Navigation
New for 2018, turn-by-turn navigation has been introduced for the KTM 1290 SUPER ADVENTURE S & R, which comes as a standard feature on the bikes. Paired with the new KTM MY RIDE app (available for Android $8.99 and iOS, $7.99), visual guidance is transmitted via Bluetooth to the TFT display to show the pre-planned destination. 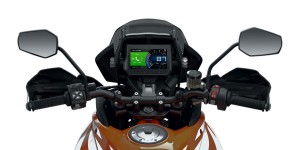 To save on mobile data use, maps can be downloaded for offline use; this also helps to create and save pre-planned routes. As KTM knows its ADVENTURE riders like to stray from the beaten path, up to 128 waypoints can be added to a route when planning in order to create truly unique rides.

In addition, audio guidance in either English, German, Spanish, Italian or French can be utilized when also paired with a Bluetooth-enabled helmet headset.

Next to the speedometer and rev counter display on the TFT display, KTM MY RIDE Navigation displays:

KTM MY RIDE Navigation is not only exclusive to those with 2018 machines as owners of 2017 KTM 1290 SUPER ADVENTURE S & R can also benefit by having the cost-free software upgrade installed and activated at an official KTM dealer.