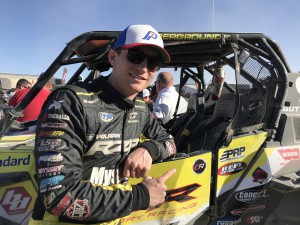 Minneapolis, February 8, 2018 - Polaris Factory Racing continued its electric start to the 2018 season with a podium sweep at the Can-Am King of the Hammers UTV Race, the world's toughest one-day off-road race. 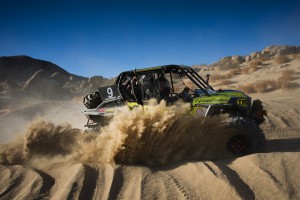 "It's been a long road getting here with countless hours spent practicing and even participating in this race with my dad a few times. To finally not just be in the race, but to walk away a champion is a huge honor for me and an experience that I will cherish for the rest of my life," said Mitch Guthrie Jr. "My dad is my biggest inspiration and my toughest competition. We had a good plan coming in to run a smooth course, and the Polaris RZR was awesome and allowed us to come out on top."

"We want to congratulate our entire team for their performance at this week's event. To come back to King of the Hammers and sweep the podium for the second consecutive year is truly a testament to not just the Polaris RZR, but to each of the drivers on our team," said Matt Boone, RZR and Marketing Director at Polaris. "We are thrilled for Mitch Jr. on his first career victory at King of the Hammers. We know what this race means to him and his family with his dad winning here so many times before." 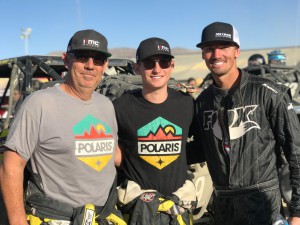 Yesterday's victory continues the Polaris Factory Racing team's dynamic start to the season that already includes victories at the Desert and Short Courses at the GMZ UTV Winter Nationals Casey Folks Parker 250, and the WORCS season opener at Orleans Arena last weekend in Las Vegas. These victories combined with an additional 43 wins and 129 podiums within the last two years, showcase how the Polaris Factory Racing team continues to outperform the competition in desert racing.

The Polaris Factory team will look to continue its success when it returns to competition on February 23 with Round 2 of the WORCS series at Canyon Motocross in Peoria, Arizona.