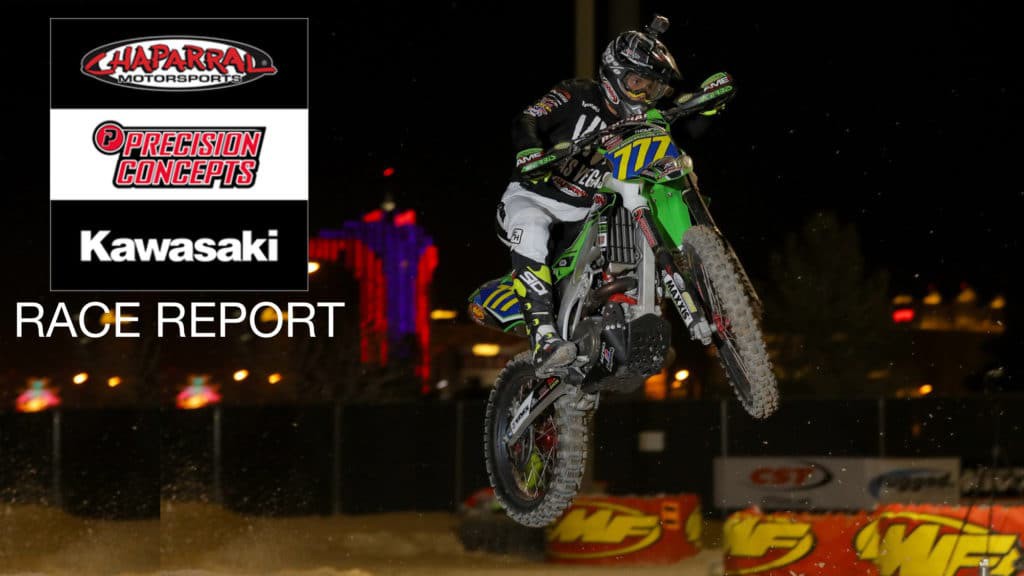 The Chaparral Motorsports, Precision Concepts, Kawasaki team had a solid showing at the very unique 2018 Las Vegas WORCS opener. The Vegas WORCS course breaks quite a bit from the traditional Grand Prix layout. The course utilizes the Orleans arena and parking lot for a tight, endurocross-like event. In the Pro main event, both Justin Seeds and Blayne Thompson recovered from less-than-stellar starts, and a few mid-race issues, to finish ninth and tenth, respectively.

Clay Hengeveld had a battle just to qualify for the Pro 2 event, hitting a downed rider on the first lap of his qualifier. Fortunately, he was able to come from outside the top twenty to finish seventh. In the Pro 2 main, Hengeveld battled inside the top five all race long and came away with a fourth place finish. Team manager Robby Bell was also able to get out on the track in a Sport race for a little fun. Though he wasn't scored, he came away with the unofficial race victory. 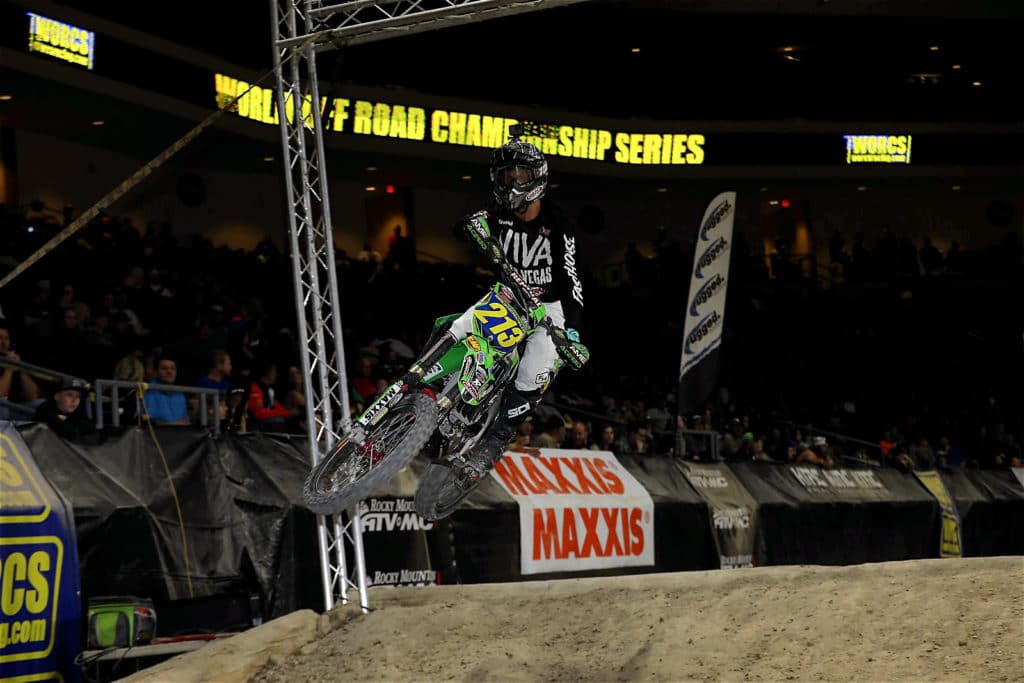 Justin was able to recover from a few set-backs during the evening's Pro main event to finish just inside the top ten. A multi-kick start put Seeds around mid-pack through the first few corners. Then, while charging to the edge of the top-ten, Seeds hit an inside tire barrier. The tire stopped him in his tracks and collected his teammate along with. After picking himself up just inside the top-twenty, Justin put in a solid effort on his Chaparral Motorsports, Precision Concepts, Kawasaki machine, recovering for a ninth-place finish.

"Well, I had a two or three kick start; made the rookie mistake of twisting the throttle when I kicked it," said Justin post-race. "From there I started charging and felt like I was making some passes. Then I had one unfortunate mistake coming in on a guy. I tagged his rear tire, ended up hitting the [inside corner barrier] tire, which made me go down. Then my teammate Blayne ran into the back of me. So we were just having a party in the corner! But [I] got up from that and just started charging. I tried to come on strong at the end. Obviously it's only a forty-five minute race, so that didn't leave me much time. But I was able to make passes and come out with a top ten. Am I happy? No. I had a lot of high expectations coming into this. We're going to keep working, push this one aside, take the frustration into the week of training going into Taft [BIG 6] next weekend." 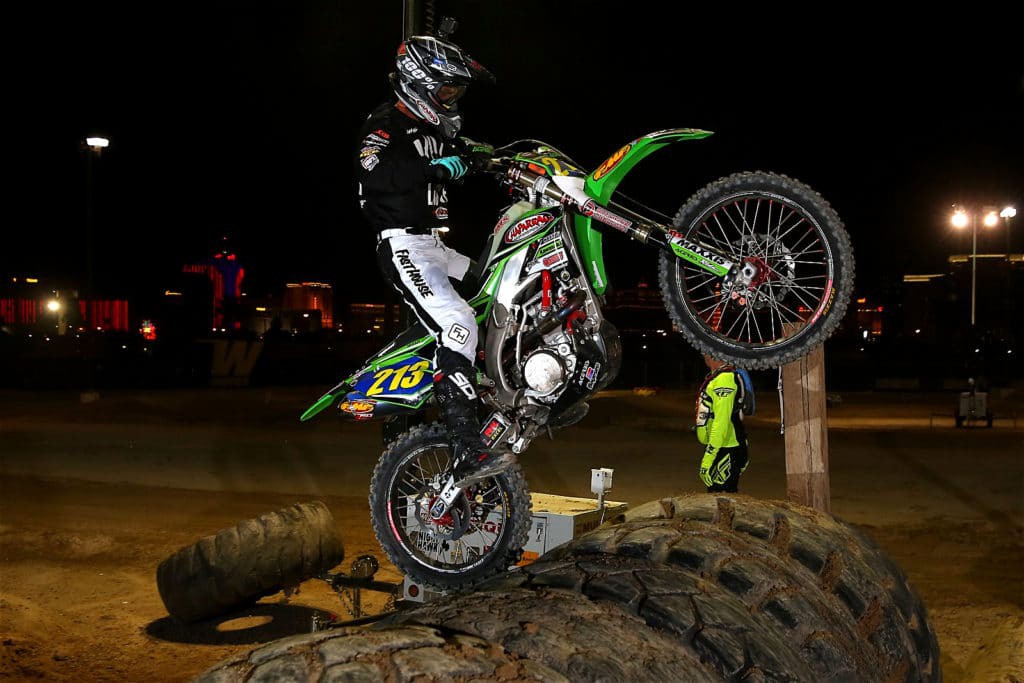 Blayne is continuing to make improvements from the foot injury he sustained just before the season began. Like his teammate, Thompson didn't get off to the best of starts in the Pro main event at the Vegas WORCS opener. A multi-kick start had him battling at the edge of the top-fifteen. Following the pile-up in the corner with his teammate, Blayne was able to put on a methodical push through the pack to finish the evening in tenth position.

Post-race, Blayne commented, "I'd say we didn't have the best start. It took about three kicks to get it going. After that we got around a few people. [We were] riding our race and had a fall, actually ran into Justin [Seeds], one lap. [After that] I pumped up a little bit because I was trying to push, but I calmed down and came back to tenth. After winning [the inaugural Vegas WORCS round] at South Point, these [last two years] have been different. They're a bit more endurocross and I don't ride that stuff as well. So, we just came into [this round] to see what we could do and came out with some points. Didn't go backwards with the foot, so we'll see what we can do next weekend [at BIG 6]." 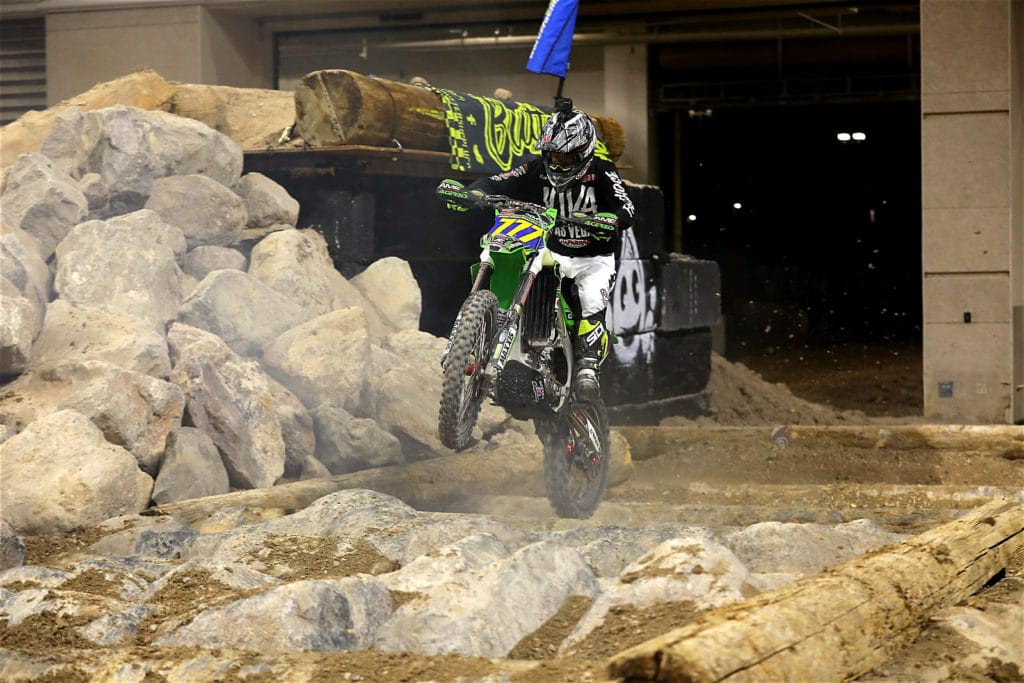 The weekend got off to a trying start for Clay. He hit a downed rider's bike in the morning qualifying race, falling on the pavement. After dropping outside the top-twenty, he was able to make an impressive comeback to finish seventh to qualify for the Pro 2 main event. In the Pro 2 main, Hengeveld was able to grab the holeshot and lead the field early-on. A mid-race mistake over a tire obstacle dropped Clay outside the top five. After recovering from that, he was able to push back by a couple riders to finish fourth place.

Clay had this to say after the event: "We got off to a great start! Got the holeshot. A few corners later I got passed and then went from third to fourth. I kind of struggle a little bit, especially with all of the logs. I fell one lap, but I just told myself to breathe. At first I was a little nervous [stepping up to the Pro 2 class]. Fourth place, I'm happy with that for the first race, but kind of bummed at the same time. I just need to let the races come to me, try to ride as hard as I can. I know what I need to work on for the next round and we'll come back stronger." 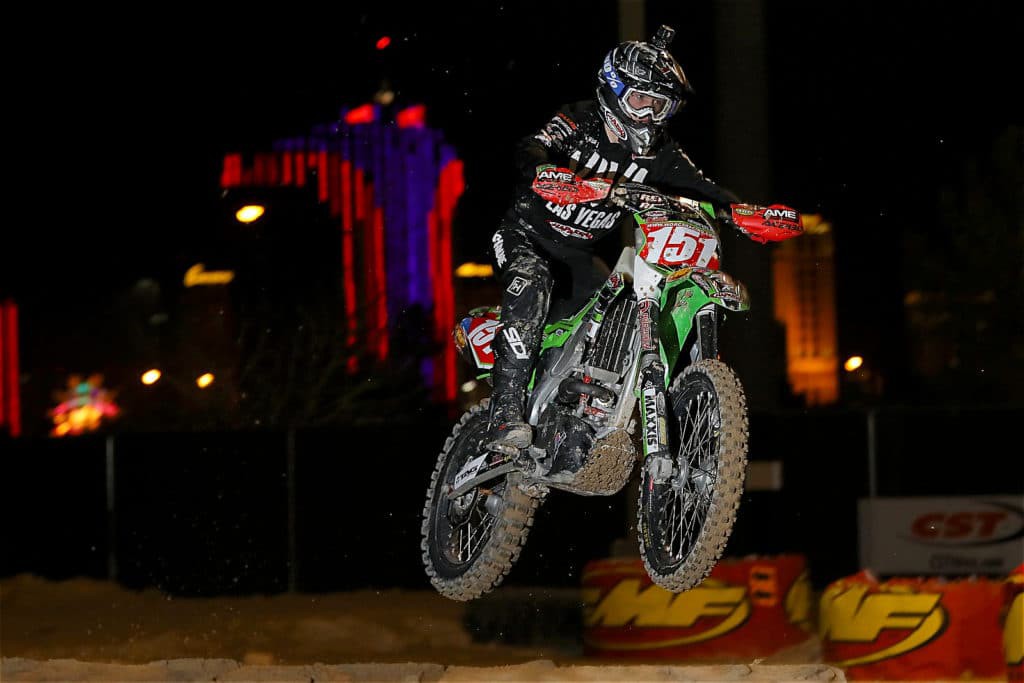