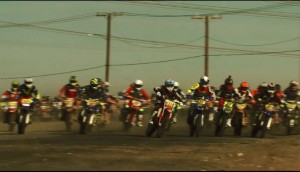 The 2018 offroad racing season is off to a good start for the Chaparral Motorsports | Precision Concepts | Kawasaki team with all four riders putting in hard work and some grinding through pain at the Adelanto Big 6 grand prix season opener. Clay Hengeveld and team manager, Robby Bell, both ripped through the course on their Kawasaki 450Fs to take the overall wins in their classes, Pro II and Vet AA respectively. Blayne Thompson charged the course while still recovering from a broken foot suffered a few weeks earlier but managed to bring in some points for the team by taking 11th in the Pro class. And Justin Seeds was off to a great start in the Pro class until his handlebars came loose and he had to make a quick stop in the pits to get them tightened. Even with the short pit stop Seeds was able to come back and pull down a 4th pace finish.

It was an exciting weekend at the historic event and brought out a great crowd to watch some exciting racing. Fasthouse is also sponsor of the team and was on hand to capture some awesome video of the the event. Sit back and enjoy.