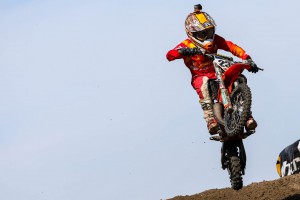 For many amateur motocross families, competing at the Mini O's event held annually at Florida's Gatorback Cycle Park is a Thanksgiving tradition. Mini O's, also known as the Thor Winter Olympics, features both Supercross and Motocross competition, and this year Dunlop riders won 41 of the 42 Motocross championships, and 38 of 39 Supercross titles for a total of 79 championships.

Dunlop supported this major amateur racing event, as it has for 20-plus years. Dunlop provides tire service for the riders, tire discounts, sticker giveaways and more. As it has since its introduction, the [mageProductLink sku="331-8540" title=""]Geomax MX3S[/mageProductLink] was the tire of choice for both the Supercross and Motocross events thanks to its versatile performance over a broad range of terrain conditions. 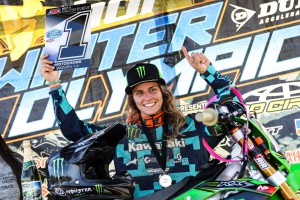 Dunlop continued its tradition of awarding the prestigious Dunlop Silver Tire to the Pro/A division rider with the most Motocross and Supercross combined points, and this year's award went to Carter Halpain.

"Mini O's is a great tradition, and Dunlop is always proud to share that tradition with so many great families," said Rob Fox, Dunlop's Amateur Motocross Support Manager. "We congratulate all the riders for their achievements at this year's Mini O's." 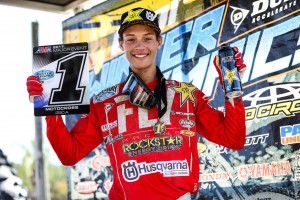