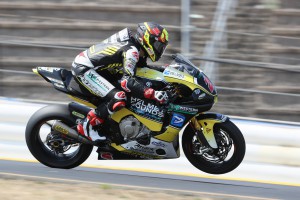 Cameron, who suffered a dislocated right shoulder during Superbike Race 2 this past Sunday at Pittsburgh International Race Complex, is scheduled to have surgery this week, and his recovery is expected to take six weeks. "After talking with Dr. (Tom) Bryan (of the Orthopaedic Medical Group in West Covina, California) and then discussing the situation with Keith and the team, we decided it's best to get my shoulder fixed now. It's a bummer because I would love to finish out the season, especially after winning three races in a row before this happened. But it's just not possible, and I've had problems with my right shoulder in the past. So, I'm going to have surgery this week, which will fix the shoulder so it doesn't continue being an issue down the road." 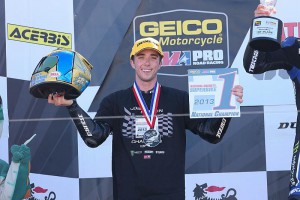 Josh Herrin will be reunited with the same Yamaha Factory Superbike crew members he worked with when he won the 2013 AMA Superbike Championship, with Rick Hobbs as his crew chief. Herrin's entire crew became Cameron's crew when Herrin left the team to race in the Moto2 World Championship.

"I'm very excited to race for Monster Energy/Yamalube/Yamaha Factory Racing at these final two rounds of the season," Herrin said, "although, I wish the circumstances were different because you never want to replace a rider who's injured. I wish Cameron all the best during his surgery and recovery, and I will try to represent him, the team, and Yamaha well during these final two rounds."