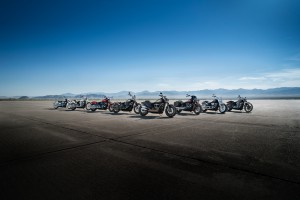 
MILWAUKEE (Aug. 22, 2017) - To celebrate Harley-Davidson's 115th Anniversary year, the Motor Company is launching a custom revolution: Eight all-new SoftailÂ® models that merge the hard-riding performance of the DynaÂ® line with the unparalleled custom look of the Softail line.


Designed under the largest product development project in company history, the new bikes compared to prior year models feature a stiffer and significantly lighter frame built to harness the pulse-quickening torque of the new dual-counterbalanced Milwaukee-EightÂ® 107 and 114 engines. With high-performance dual-bending valve front suspension and an easily adjustable hidden rear mono-shock, the aggressively styled 2018 Softail models are faster, lighter and better handling than any of their Big Twin cruiser predecessors.


"The new Softail models are the result of the most extensive research and development program in the company's history," said Paul James, manager of product portfolio, Harley-Davidson. "Thousands of hours of research and testing were put into the complete ground-up design of these new cruisers. We focused on taking the total rider experience to a higher level, where authenticity, heritage and soul meet the modern edge of technology for a ride that must be felt to believe. 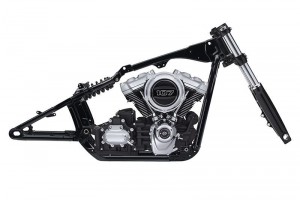 
The handling of a Softail motorcycle enters a new era with a lighter, more rigid frame that elevates form and function to a higher plane, while maintaining the classic look of a hard tail and delivers a thoroughly modern ride. Benefits of the new chassis include increased lean angles, sharper turn-in response, quicker acceleration, nimble flick-ability, lighter weight, and easier side-stand liftoff than predecessor Softail and Dyna models. The steel foundation of the next generation of custom Harley-Davidson motorcycles has been forged.


A new high stiffness carbon steel tubular frame forms the core of the 2018 Softail chassis. The completely redesigned frame and swingarm significantly increase the rigidity of the new chassis. The frame itself is 65 percent stiffer than the 2017 Softail frame, which leads to a 34 percent increase in overall chassis stiffness. The frame design achieves reduced complexity with a 50 percent reduction in component parts and a 22 percent reduction in welds. There are two unique swingarms, one for narrow and one for wide rear tires. The wide chassis is 15 percent lighter (13 pounds) and the narrow chassis is 20 percent (18 pounds) lighter than the 2017 Softail frame. The swingarm transfers rear wheel movement to the under-seat mono-shock while maintaining the pure, classic lines of a hard tail frame.


All-new front and rear suspension components are calibrated to match the dynamics of the new chassis, wheels and tires to enhance the comfort, control and performance of the 2018 SoftailÂ® motorcycles. The new high-performance dual-bending valve front suspension, which was first introduced on 2017 Touring models, delivers damping performance that is similar to a cartridge fork but with improved, more responsive damping characteristics. The suspension is optimized for both comfortable cruising and spirited riding with 130 mm of bump-devouring travel. Retuned and optimized rake and trail also enhance the motorcycles' handling performance.


The all-new Softail models are up to 35 pounds* lighter than 2017 models, delivering an improved power-to-weight ratio that provides quicker acceleration, better braking and enhanced dynamic cornering capability combined with increased lean angles. Some models feature new tires specifically designed to work with the new Softail chassis and feature optimized constructions and improved compounds for a confident, long-wearing ride in all riding conditions. New seat designs and materials provide an improved fit for a wider range of riders and greater comfort for cruising. Bar none, the 2018 Softail models are the best handling cruisers Harley-Davidson has ever produced.


All 2018 Softail models get a new heartbeat from the most powerful engines ever offered in Harley-DavidsonÂ® Big Twin cruisers, the new Milwaukee-EightÂ® 107 and 114 V-Twins.


Interpreting Harley-Davidson's history, authenticity and styling DNA through a modern lens, the eight new Softail models feature all-new designs that strongly differentiate them from their predecessors and each other. From a new base of style, comfort and performance, the next generation of factory custom cruisers are ready for riders to take even higher with their own personalization.


"The authenticity of Harley-Davidson design comes by sweating the details from start to finish, 'hard to do and hard to copy.' Harley-Davidson motorcycles are not a commodity; they are handed down from generation to generation," said Brad Richards, vice president of styling and design, Harley-Davidson. "We look at every nut and bolt on the bike, all the finishes, and every small detail. The new Softail frame is like a piece of art, and the more you take off the bike, the more beautiful it becomes. Its design speaks to the teamwork that our styling and engineering processes demand." 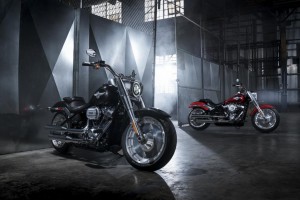 
The legendary Fat Boy motorcycle that defined contemporary custom style for decades has outdone itself. Ripped and refined satin-chrome finishes deliver a bold, muscular styling statement showing off its powerful engine and new and improved ride and handling. 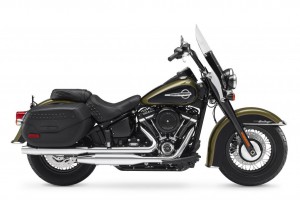 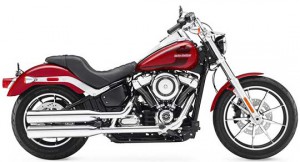 
Inspired by the individualism of the '70s custom chopper era that birthed the original, the new Low Rider model is lighter and faster with corner-carving handling unimaginable back in the day. 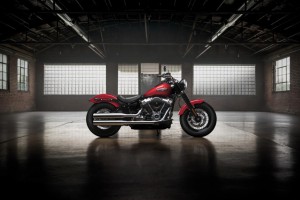 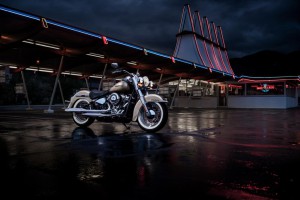 
A classic hi-line showstopper that stands out on any boulevard, the Deluxe glistens with bright chrome while delivering the ride of a seriously modern machine. 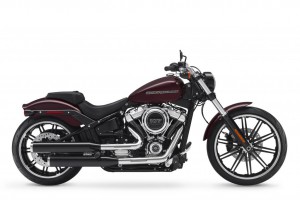 
With more lean angle and agility than ever imagined in a bike carrying so much dragster attitude and style, the all-new Breakout model takes long, lean muscle to a modern edge. 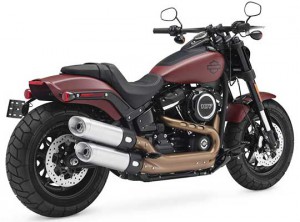 
Asphalt-eating traction, pothole-devouring suspension, agile cornering, and a blacked-out take-no-prisoners look make the Fat BobÂ® model a groundbreaking motorcycle that could only come from Harley-Davidson. 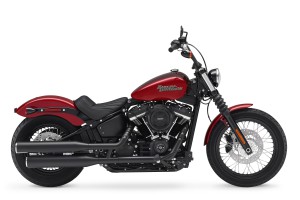 
A bare-bones bike with go-anywhere DNA, the all-new Street Bob motorcycle has a fists-in-the-wind attitude with nothing extra to weigh it down.