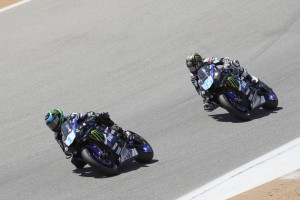 - Round 7 of the 2017 MotoAmerica AMA/FIM North American Road Racing Championship is this weekend at Sonoma Raceway in Sonoma, CA, and the Yamaha bLU cRU road racers are looking forward to returning to a track that they haven't had the pleasure of visiting in a few years.

For two-time and defending MotoAmerica Superbike Champion Cameron Beaubier and his teammate Josh Hayes, who is a four-time AMA Superbike Champ, Sonoma Raceway is a track on which both riders have had a lot of success.

For Cameron, Sonoma is located close to his home in Roseville, CA, and it's where, in 2010, he won the very first time he raced as an AMA Pro rider on the 2.52-mile, 12-turn road course (while aboard a Yamaha YZF-R6). The last time Cameron raced at Sonoma--in 2014--he was aboard the previous-generation Yamaha YZF-R1 Superbike, and he earned the pole position and won that race too.

Cameron commented, "I love having two MotoAmerica rounds in California and close to my home. I'm excited to rip the new-generation R1 Superbike around Sonoma, and I'm looking forward to getting back on track after the summer break. The team and I are ready to go!"

Josh has also had a lot of success at Sonoma Raceway, having notched a total of five Superbike race victories aboard his R1 during what has been a phenomenal Yamaha road-racing career.

"Sonoma was the site of my very first Superbike win in 2009, and it was on this Yamaha team," Josh said. "I'm happy to be returning to a great, spectator-friendly, California racetrack, and I hope to put on a great show for the fans. The team is looking to get back to our winning ways, and I definitely want to do my part. See you at the track!" 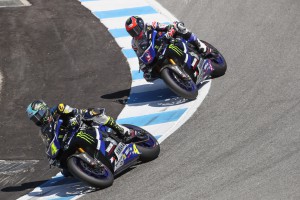 Both riders last competed at Sonoma Raceway in 2014. Garrett earned the pole position and then won the race aboard his Yamaha YZF-R6, so JD is looking for a little bit of redemption at Sonoma, as well as an opportunity to leapfrog Garrett in the points standings.

"Back to Sonoma, finally!" Garrett exclaimed. "I fell in love with Sonoma Raceway back in 2014 when I raced there for the very first time, and I've been looking forward to going back ever since. With the new R6 working better than ever, I'm ready to get out there on track Friday morning."

JD commented. "Going into Sonoma, it's going to be different. We've raced there in the past, but it's been a few years, and it was a different series. I kind of feel like it's a new racetrack, and I'm going to approach it like that. My results at Sonoma haven't been all that great in the past, so I'm going into it with an open mind, and I'm looking forward to working with my awesome crew to put my 2017 Yamaha R6 at the front!"

Look for the Yamalube Umbrella Girls in the paddock, and ask them to enter your name in the Yamalube 50th Anniversary Sweepstakes.

No purchase is necessary to enter win. For official Sweepstakes rules, please visit: