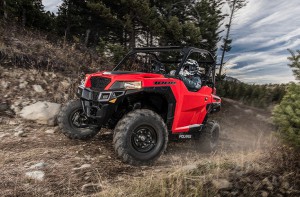 ARRA recently asked you to oppose SB 249 at the Committee level. Now we ask that you weigh in to oppose the same bill which is up for a vote by the full Senate today! Further, we ask you to urge your Senator to restore "urgency" to the bill which requires a supermajority for passage.

Previously ARRA alerted you that SB 249 would effectively allow the California State Park and Recreation Commission and Parks Director to divert funds collected from gasoline taxes imposed on OHV recreationists to be used for other purposes. This, of course, undermines the entire program and the user-pay, user-benefit philosophy on which it has been based. Further, the bill would result in the effective elimination of opportunities for public comment on OHV Commission matters, and reconfigure the Commission in such a way to limit representation of the OHV community. The current version of the bill is even worse!

It is imperative that you take action as soon as possible TODAY to help prevent passage of this devastating bill! Click Take Action to send an email to your Senator.