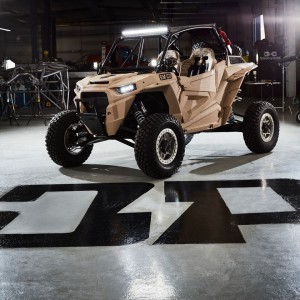 The Diesel Brother's inspiration for the build came from the Polaris DAGOR and a few other DPV (desert patrol vehicles). They wanted to build something similar to what the military has used for years to quickly maneuver through off-road obstacles and insert troops. To make the vehicle as durable as possible, they coated the entire exterior in a Coyote Tan LINE-X bed liner. The vehicle also features: 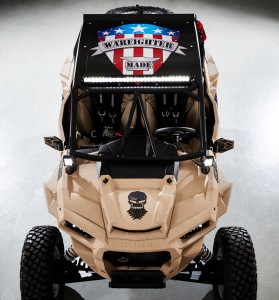 This is the last week to donate through the "RZR Salute to Heroes"Â­ website. Those who donate will be entered to win one of 17 prizes, including the custom military themed RZR XP Turbo EPS grand prize!

In addition to donating, for every picture of a RZR, a RZR Life story, and #RZRLife or #RZRSalutetoHeroes post on social media, RZR will donate $5- up to $25,000 - directly to Warfighter Made!