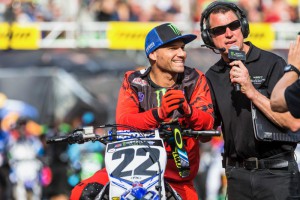 Sam Boyd Stadium in Las Vegas, NV is the site of this Saturday's Monster Energy Supercross Finals, and the Monster Energy/Yamalube/Chaparral/Yamaha Financial Services/Yamaha Factory Racing Team is aiming to wrap up the season on a high note in the high desert.

"With the season playing out the way it has for me, I'm excited to be heading to Vegas because it's typically hard-pack, which suits my riding style," commented two-time Supercross Champion Chad Reed. "Also, it's our final race of the season, so I want to end it on a high note." 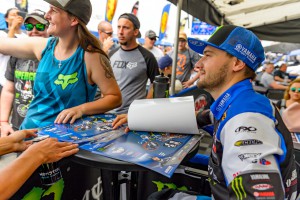 Chad's teammate Cooper Webb, "I'm going to try to go out with a bang! This Supercross season hasn't gone to plan, but I have one more shot to make it right before heading into the great outdoors. I want to get on the box again badly before this series is over."