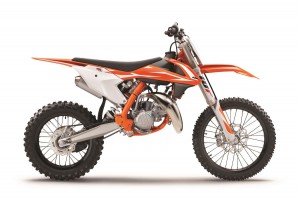 - KTM North America, Inc. is pleased to release a first-look at the model year 2018 lineup for its class-leading SX range, which includes a brand new KTM 85 SX machine for junior riders.

With its 2-stroke and 4-stroke machines, from the KTM 50 SX to the KTM 450 SX-F ultimate powerhouse, KTM offers high quality serial equipment in all of its motocross range. As developed for its factory racing teams, which have won numerous races and championships, including back-to-back AMA 450 Supercross titles with Ryan Dungey, as well as the FIM MX2 World Championship with Jeffrey Herlings, these KTM serial machines are renowned for being READY TO RACE right out of the crate. 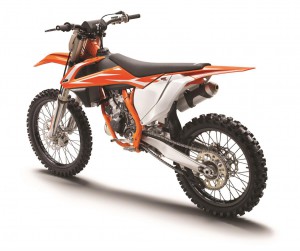 In the adult range, the KTM 125 SX and KTM 150 SX now feature new aluminum head stays, as well as a new CDI control unit for improved starting performance. As with all of KTM serial equipment, the 4-stroke range, including the KTM 250 SX-F, KTM 350 SX-F and KTM 450 SX-F, boasts high-quality, class-leading components from the all-important E-starter, to the WP suspension, traction control and map selection, and much more to compliment the super lightweight, yet powerful, championship-winning engines.

In addition, the complete model year 2018 SX range, including both 2-stroke and 4-stroke machines, features revised suspension settings in the WP AER 48 forks, along with a factory-looking orange frame and brand new graphics to finish the look. 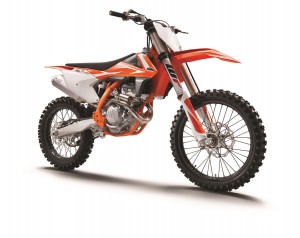 "Once again our engineers in the KTM R&D department in Mattighofen, Austria have refined the very successful SX range. The adult bikes showcase a sportier look just like the factory bikes with their orange frames, while we've also spent some time working on the Mini range for the developing juniors and stars of tomorrow. In particular the incredibly successful KTM 85 SX has had a real overhaul with its new chassis, engine and suspension, which have been re-designed for improved rideability whatever the level of rider. As always these bikes are READY TO RACE right out of the crate and we look forward to releasing the SX model year 2018 range," said Joachim Sauer, Product Marketing Offroad.

Model year 2018 KTM SX models will be arriving in North American dealerships beginning in mid-June. More information on the 2018 SX lineup will be released in the coming weeks.