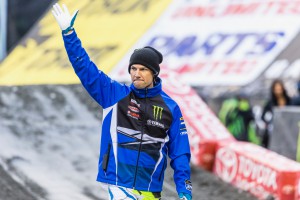 Cypress, CA - April 20, 2017 - The Monster Energy/Yamalube/Chaparral/Yamaha Financial Services/Yamaha Factory Racing Team will be back in action this Saturday as Chad Reed and Cooper Webb race at The University of Utah's Rice-Eccles Stadium in Salt Lake City.

The Monster Energy Supercross Championship had a rare week off since Seattle, but Chad, Cooper, and the entire team continued working hard to hone their skills and finish out the season strong.

At Seattle, Cooper was the fastest rider in qualifying, was dominant in winning his heat race, and battled for second place in the main event as he found the rough and rutted dirt in the Pacific Northwest a lot like what he's used to and enjoys back home in North Carolina. 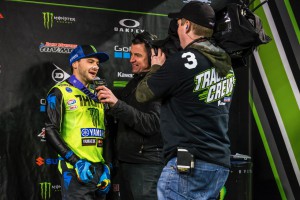 Cooper is hoping for more of the same conditions this weekend in Salt Lake City. "From what I hear about Salt Lake, the dirt and weather conditions could closely resemble Seattle," Cooper commented. "With that being said, I can't wait to get there!"

Chad is coming off a top-ten finish at Seattle, and he feels confident that the extra week of preparation leading up to Salt Lake City has helped him recover from a couple of nagging injuries that have uncharacteristically squelched the two-time Supercross Champ's 2017 season. He's excited to return to Salt Lake City, especially since the last time he and the Supercross Championship were there was back in 2013. 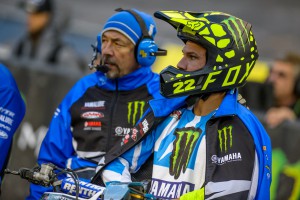