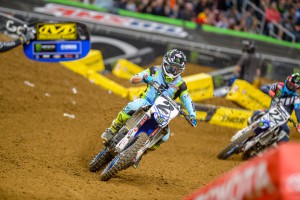 Cypress, CA - April 6, 2017 - The Monster Energy/Yamalube/Chaparral/Yamaha Financial Services/Yamaha Factory Racing Team will be in the Pacific Northwest on Saturday as Chad Reed and Cooper Webb race at Seattle's CenturyLink Field, which is the home of the NFL's Seattle Seahawks.

Both Chad and Cooper will be looking to bounce back from their disappointing results at St. Louis. Chad is dealing with a couple of nagging injuries from Indianapolis and Detroit, and he's hoping another week of healing will help him return to form. 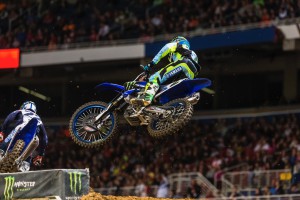 "2017 has been an ongoing nightmare for my team and me," Chad said. "But, I'm ready to put an end to all that this weekend. Seattle is an outdoor stadium, and it'll be great to race in the fresh air and whatever the weather will be up there. What's exciting about Seattle is the unknown."

Cooper is working hard to get back up to speed after his mid-season hiatus due to injury, and he is feeling confident that he'll be back to 100% for Seattle.

Cooper commented, "I'm excited to go back to Seattle. I raced there in 2014, and I really enjoyed the soft and rutted conditions. I've been riding a lot of ruts back home in North Carolina, and I think that will help me a lot this upcoming weekend."