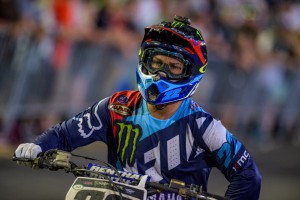 For Chad, the Indianapolis Supercross is one of his favorite and most successful events. The two-time Supercross Champion has notched three career wins at Indy, including his very first Supercross victory on U.S. soil in 2002, along with back-to-back wins in 2008 and 2009. And he comes into Lucas Oil Stadium having just celebrated his birthday on Wednesday, so the fan favorite would like nothing better than to start his 34th year with a 450SX main event victory. 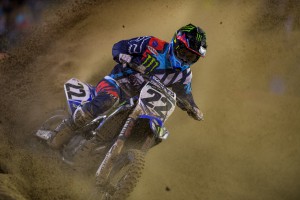 "The past three weeks have resulted in really disappointing finishes for me, especially considering the good vibe that I've felt each week going into the main events," commented Chad. "I'm confident that I can win, but I just have to get back to my normal, consistent self. Also, I'm another year older this week, so maybe that'll help! I've got improved confidence behind the gate, and I can't wait to get to one of my favorite cities, to try to add another Indy trophy to my collection."

Chad's teammate Cooper Webb will miss the Indianapolis Supercross as he continues to recover from the shoulder injury he suffered at the Minneapolis Supercross. The latest word is that Cooper should return to racing next weekend at the Detroit Supercross. 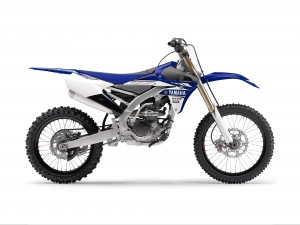 While visiting the Monster Energy/Yamalube/Chaparral/Yamaha Financial Services/Yamaha Factory Racing Team transporter, be sure to enter our Yamalube 50th Anniversary Sweepstakes.

Look for the Yamalube Umbrella Girls at the Yamaha Factory Racing Team transporter, and ask them to enter your name in the Yamalube 50th Anniversary Sweepstakes. On Monday following the race weekend, one lucky winner's name will be drawn for the Free Case of Yamalube, and all names collected on the race weekends will be automatically entered in the drawing for the 2017 Yamalube 50th Anniversary YZ250F or YZF-R3. A First Prize Winner and Second Prize Winner will be selected in a random drawing on October 2, 2017 from among all eligible and qualified entries.