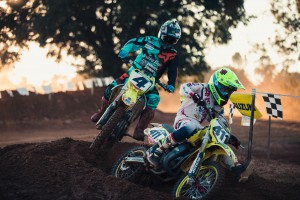 From local, grassroots racing and multiple national and world championships, to capturing the 2016 AMA 450 Pro Motocross title while dominating the series for the past decade, racing is at the core of Suzuki. It is the thread that sews together Suzuki's heritage, the driving force that pushes product innovation, and the reason why countless motocross legends have chosen to swing their leg over an RM.

As Suzuki continues to define racing, we are excited to announce the formation of the next generation of Suzuki racers. Those who will battle at their local race tracks, who will fight for national titles, and who, together, will carry the winning RM legacy into the future. Introducing the RM ARMY. Armed with the best handling machines in the industry and equipped with the support essential to develop champions, the RM ARMY is the future of Suzuki motocross.

"The RM ARMY is a state of mind, a unifying force, and the umbrella under which our supercross and motocross racing programs will reside," said Chris Wheeler, Motocross Racing Manager at Suzuki. "The RM ARMY was developed to create a sense of community for Suzuki racers. Connecting riders from around the country and projecting a larger Suzuki racing front is the goal. So whether you're a weekend warrior, a rider on our RCH/Yoshimura/Suzuki Factory Racing team, or anywhere else in between, if you race Suzuki, you are part of the RM ARMY."

"I can't wait to wear the RM ARMY badge," said Richard Taylor, Suzuki ECSTAR Factory Elite Amateur Racing team rider. "Suzuki has really stepped up their game this year and I am so pumped to be a part of the launch of the RM ARMY." 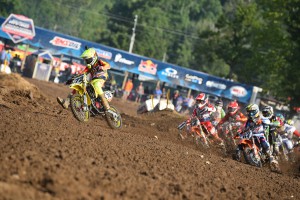 RM ARMY racers can take advantage of over $6 Million in available contingency for motocross, supercross, and off-road racing in 2017. The Suzuki contingency program was enhanced over the previous year to include more events and larger payouts, while also offering double contingency at key events such as RC Daytona SX and the final round of Amsoil Arenacross. Join the RM ARMY and let Suzuki support you in your race to the top of the podium. Getting started is as simple as this:

The 2017 RM ARMY charge will be led by the Suzuki ECSTAR Factory Elite Amateur Racing team. Suzuki's all-new Oil and Chemical brand, ECSTAR, will serve as an essential element in the growth of the Factory Elite Amateur program, and we are pleased to have their title support in 2017. The team is excited to announce the signing of Casey Cochran, Nikko Capps, and Crockett Myers to pilot the RM85, as well as TJ Rios, who will ride the RM-Z250, and Richard Taylor, who will ride both the RM-Z250 and the reigning AMA 450 Pro Motocross Champion, the RM-Z450. 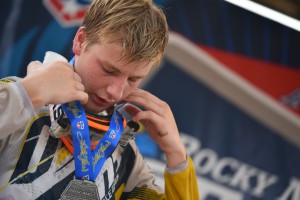 "We are thrilled to bring this talented group of riders back to our program for 2017," said Wheeler. "Each rider showed a ton of potential last year and we are excited to continue growing together." The team is proud to represent the following sponsors who support the Factory Elite program: ECSTAR, Mechanix Wear, ODI, Cometic Gasket, Hinson, ProX, Matrix, MXtire.com, N-Style, Acerbis, Wiseco, VP Racing Fuels, and Dunlop.

Suzuki is also excited to announce the addition of the Suzuki Regional Elite Amateur Racing team with support from Suzuki dealers. "The addition of this program for 2017 is really exciting," added Wheeler. "We received a great deal of sponsorship interest at the end of last year, and with the help of multiple racing-focused Suzuki dealers, we are pleased to announce the addition of five deserving riders to this new program." Racing the RM85 for the Suzuki Amateur Regional Elite program is Preston Masciangelo, Dakota Aldredge, Slade Varola, and Caden Braswell. Brandon Yates will pilot the RM-Z250 and RM-Z450. 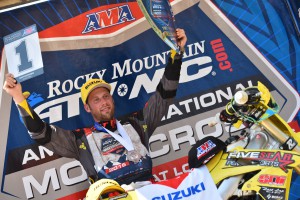 The RM ARMY front will be further strengthened with the launch of the Chaparral Suzuki Elite Amateur Racing / BarX Motorsports team. The west-coast based Suzuki support team led by Team Manager, Larry Brooks, will field three riders in 2017. With additional support from Suzuki racing-focused dealer, Chaparral Motorsports, Cole Barbieri and Brock Papi will race the RM-Z250 and the RM-Z450, while Brock Bennett will pilot the RM85.

"I'm privileged to be part of such a first class race effort," said Brooks. "The Amateur field is so competitive these days, and to be able to share my experience with these three fast racers is extremely rewarding. I feel that I can help them achieve their racing goals and this is what makes this venture very exciting to me."