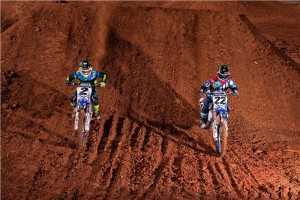 Cypress, CA - January 4, 2017 - This Saturday, the 2017 Monster Energy AMA Supercross Championship gets under way with the season opener at Angel Stadium of Anaheim in Anaheim, CA, just down the street from the headquarters for Yamaha Motor Corporation, U.S.A., in nearby Cypress, CA. The Monster Energy/Yamalube/Chaparral/Yamaha Financial Services/Yamaha Factory Racing Team is set to make its 2017 debut, with two-time Supercross Champion Chad Reed (#22) and two-time 250 West Supercross Champion Cooper Webb (#2) ready to compete aboard identically prepared YZ450F machines in the 450SX Championship.

At last year's A1 season-opener, Chad finished sixth in 450SX, while Cooper dominated the 250SX West main event, stretching out a lead of more than seven seconds by the time he took the checkered 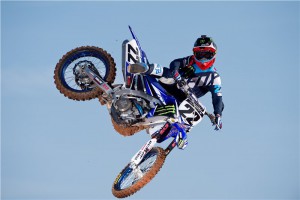 flag. Saturday night will be the first time that the two Yamaha Factory Supercross stars will go head-to-head on American soil.

Commenting on this Saturday's Anaheim round, Chad said, "Right now, I'm tied with James Stewart, Ricky Carmichael, and Jeremy McGrath on Anaheim wins. All four of us have eight wins apiece, and I want to be the all-time winningest rider at Anaheim, so I'm going into A1 and looking to break that tie this weekend. It would be a great way to start the 2017 season."

"It's always exciting showing up at A1, to start the season," Cooper said. "As a rookie, I'm sure it'll be a little nerve-racking, but I think, for me, there's not too much pressure. I'm just going to see where I 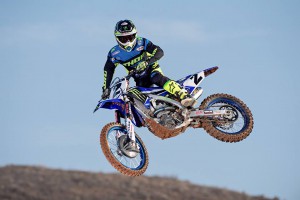 stand, go and do the best I can, and shoot for that podium. That's the goal. We have a long season ahead, so I'm going to this first one to see where we're at, see what we need to work on, and go from there."