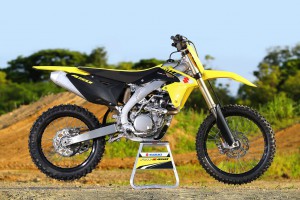 BREA, Calif. (October 13, 2016) - Suzuki Motor of America, Inc. (SMAI) today announced the formation of JGRMX Suzuki, a new racing effort for the 2017 Supercross and Motocross racing seasons.
"Suzuki and Joe Gibbs Racing will be a powerful partnership," said Kerry Graeber, Vice President, MC/ATV Sales and Marketing for SMAI. "JGRMX is a world-class race team competing in Supercross and Motocross, and with support from Suzuki, we believe the team will be a winning force on race tracks this coming season."
The JGRMX Suzuki team, led by team owner Coy Gibbs, will feature two full-time riders in the 450 class aboard Suzuki RM-Z450s and two riders in the 250 class aboard Suzuki RM-Z250s. Justin Barcia, a long-time JGR team member is eager to race the Suzuki RM-Z450. Weston Peick, known as one of the hardest-working racers in the industry, has experience racing the Suzuki RM-Z450 and is ready to reunite with the bike. Just as he has done the past several seasons, Phillip Nicoletti will race the entire Motocross season and will substitute if needed during Supercross. The Suzuki RM-Z250 riders for the 250 class will be announced in the near future. 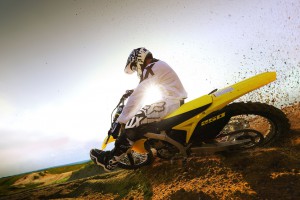 "Having the support of Suzuki, and racing the championship-winning RM-Z450 really sets us up for an exciting year of racing," said Gibbs, "We have great confidence in our riders, and we're thrilled we can provide them with RM-Z450s to race. We have discussed fielding a 250 effort for several years, our entire team is pumped about this strategic partnership that includes both the RM-Z450s and RM-Z250s with Suzuki and we're looking for great things," he added.

The Suzuki RM-Z450 is the reigning AMA Motocross Championship bike.