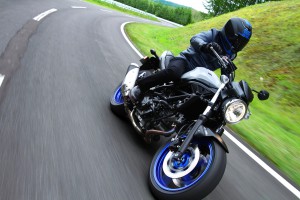 The SV650 was originally introduced in 1999 and went through several iterations both domestically and internationally. In 2009 the SV650 was dropped and in its place came the SFV650 Gladius for the US market up until 2015. With its great performance characteristics the SV650 became a favorite amongst new riders and helped re-ignite the interests of mid-displacement racing enthusiasts. Besides being recognized for its rideabilty, the SV650 was equally praised for is affordability.

Now with the introduction of the third generation SV605, Suzuki is looking to once again light a fuse in the mid-weight/mid-displacement V-twin sport bike segment delivering everything people loved about the SV650: spirited power, smooth handing and a wallet-friendly price point. 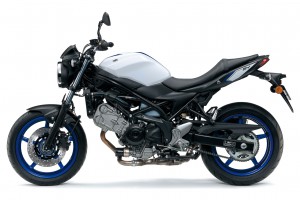 Fitting into Suzuki's Standard bike platform, the 2017 SV650 offers a host of new parts, upgraded components, lighter weight, more power, some of Suzuki's latest technology, and is priced lower than the 2015 SVF650. Still a stripped down street fighter, the most noticeable feature is the lightweight, high-strength steel trellis frame that hugs the top half of the Liquid cooled, 645cc, 4-stroke, DOHC, V-twin engine.

Here is the press release from Suzuki:

BREA Calif. (May 10, 2016) Delivering V-Twin fun for all riders, Suzuki Motor of America Inc. announces the highly anticipated 2017 SV650 and SV650 ABS motorcycles will be available at Suzuki dealers in June at suggested retail prices of $6,999 and $7,499, respectively. Recreated and updated, the early-release 2017 SV650 and SV650 ABS elevate the performance standard for V-Twin street-sport bikes, and for motorcycles priced below $7,500. 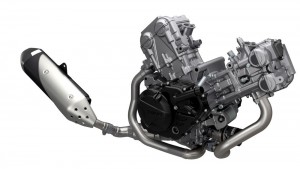 The SV650 features Suzuki's new one-push easy-start system, first introduced on the 2016 GSX-S1000, an automatic idle speed control and a new Low-Rpm assist feature that lets the rider accelerate the motorcycle effortlessly from a stop while reducing the chance of a stall. 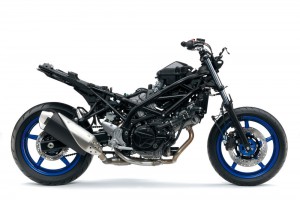 The bike's updated chassis incorporates 80 new parts and components, resulting in a slimmer and lighter overall package. The 2017 SV650 weighs 15 pounds less than the SFV650. The trellis frame is constructed of lightweight, high-strength steel and it exposes the beauty of the updated V-twin engine. 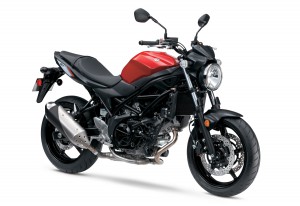