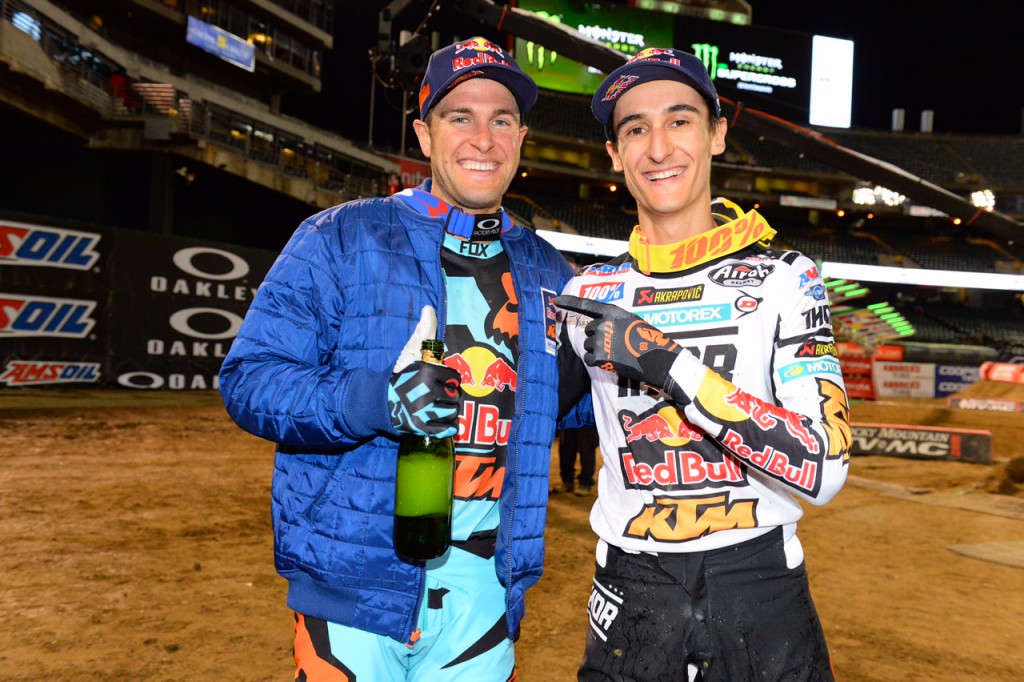 Dungey and Musquin Win at Oakland[/caption]

Oakland, CA - Red Bull KTM Factory rider Ryan Dungey took another commanding win to claim his third straight victory in a row at the fourth round of the AMA 450 Supercross Championship held at the O.co Coliseum while his teammate, Marvin Musquin, finished 3rd to claim his first podium finish of the year.

This race was moved to a delayed rain schedule due to inclement weather leading up to the race which meant removing one of the practice sessions. In the two sessions that took place, Dungey was able to put together some solid laps and turned the fastest time from the qualifying sessions.

Dungey and Musquin were placed in the second heat race. Dungey pulled the holeshot while Musquin was not far behind in 3rd position. Dungey quickly stretched his lead out front and went on to win the heat race by an impressive 9 seconds. Meanwhile, Musquin was able to move into 2nd place at the halfway point of the heat and went on to finish in that position to take a great gate spot in the main event.

When the gate dropped for the main event, it was Dungey that pulled the holeshot while Musquin was immediately behind him in 2nd place. Musquin battled Roczen for two laps before falling to 3rd on the fourth lap of the race. Out front, Dungey slowly pulled away from the group and had a 4 second lead by the halfway point of the race.

Musquin continued to ride a smooth race turning consistent laps to remain in podium position. At the end of the 20 lap main event, Dungey took his third victory of the season and his 25th career win. Musquin held on for 3rd place, earning his first career 450 Supercross class podium. 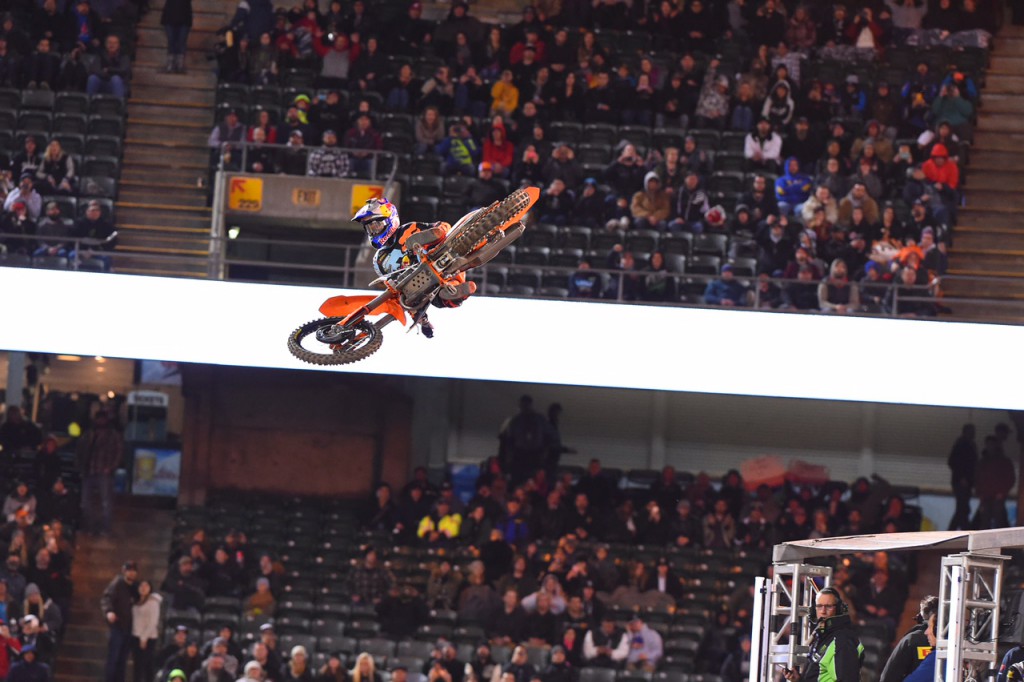 "It feels great to get another win," stated Dungey on the podium. "Being out front early allows me to ride my own race and stay focused. I am really happy for my teammate Marvin tonight. This is a big step for him to get his first podium of his 450 career. We train really hard together and I'm happy for him and the team to have us both on the podium."

Musquin remarked, "We did not expect for me to be on the podium already at the fourth round of the series. I am so excited to be up here and have the whole team to thank for this. I train with Ryan all week and it is great to be able to be up here with him."