Female Riders Are On The Rise 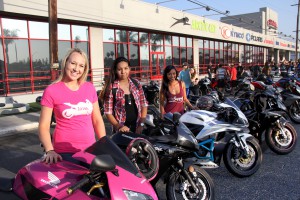 The info contained in the latest press release from the Motorcycle Industry Council (MIC) is extremely positive news for the entire industry, as it shows that female motorcycle ownership is at an all-time high.

In its latest Motorcycle Owner Survey the MIC found that the percentage of U.S. female motorcycle and scooter owners is nearly double what it was in 1998, up to 14 percent from 8 percent. The number of female owners significantly increased from 2003 to 2014. Sarah Schilke, national marketing manager of BMW Motorrad USA and chair of PowerLily, a group consisting of female motorcycle industry professionals stated, "among the more than 30 million Americans who swung a leg over a motorcycle and rode at least one time in 2014, at least a quarter of these riders were women." 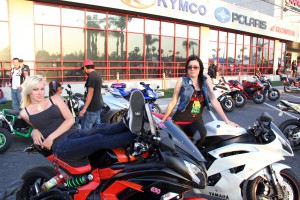 When it comes to the types of motorcycles women prefer to own and ride cruisers are the top choice coming it at 34 percent. After cruisers are scooters at 33 percent and sport bikes at 10 percent. The remaining percentage is a combination of standard, adventure, and dirt bikes.

One very significant finding observed from the study is that female riders are much more likely to have taken some type of riding or safety course, with 60 percent haven completed some type of training compared to only 42 percent of male riders.

Other highlights from the press release include:

-More than 49 percent of women motorcyclists perform their own maintenance or have a friend or relative do it, instead of taking their bikes to a shop

-49 percent of female motorcyclists are married

When asked about their reasons for riding a motorcycle the most common responses were "fun and recreation," "sense of freedom," and "enjoy outdoors/nature," and cited test rides and fuel economy as two of the biggest factors when buying a bike.