Honda's New VFR1200X - A Bike Made For Adventure Seekers 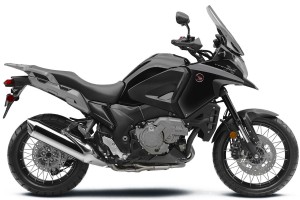 According to a statement released by Honda, the VFR1200X - its latest model edition added to the previously established adventure lineup already including the CRF1000L Africa Twin - will be released commercially in America for the 2016 year. Honda revealed that it is happy with how well-rounded its adventure series bikes have become, and that it is equally excited to bring the redesigned VFR1200X to the commercial market in the United States.

"The introduction of the VFR1200X to North America follows on the incredible reception of the Africa Twin," said Lee Edmunds, manager of motorcycle marketing communications at American Honda. "With the NC700X and CB500X also set to get important updates for 2016, Honda has a model to suit the needs of any adventure-touring enthusiast." 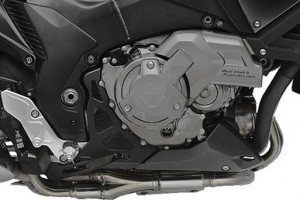 Next year's 1200X comes backed with 30 years of V4 technology and Japanese racing expertise. According to Honda designers, the 2016 VFR1200X model is one of the most technologically advanced, commercially available street bikes the company has produced yet.

The 1200X comes standard with a 4-stroke, 16-valve, 1237 cubic centimeters engine with a compression ratio of 12:1, according to Honda. It's liquid cooled with an electronic ignition, and geared to unleash its raw power, especially in the lower end. This power is focused by the 76 degree angle with which all four of its engine cylinders sit at, intended to maximize low-end torque. The engine's bore to stroke ratio is 81 by 60. The all new Honda VFR1200X features Honda's induction proprietary digital electronic fuel injection system, and first implemented by Honda in the late 1980s, according to the company.

According to Honda, the 2016 VFR1200X has new transmission options available as well. The bike comes standard as a manual, though, Honda's latest third-generation Automatic Dual Clutch Transmission will be available in the next model year. The benefit of a DCT transmission is that the rider now has the option of shifting with added handle grip side-buttons, as opposed to letting the gearbox do all of the work, so as not to completely abandon rider transmission control.

Regardless of transmission style, the 2016 1200X comes standard as a six-speed, with the final drive as an enclosed shaft. 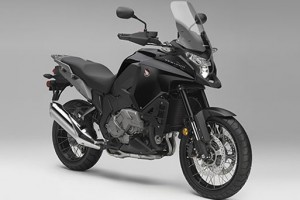 Both front and rear brakes have combined, anti-locking brake systems. The front disk is 310 mm in diameter, as compared with the smaller 276-mm rear disk brake. the fuel tank holds up to 5.68 gallons.

Honda has also given its wildly popular NC700X a few stylistic upgrades. The 2016 NC700X will feature a larger, 70-mm windscreen to further reduce rider fatigue at cruising speeds. The taillight was upgraded to a more contemporary LED, in addition to a major upgrade in terms of luggage storage (previously 0.25 gallons, now up to 5.8). The 2016 NC700X will be offered with Honda's third-generation DCT transmission as well.

The lightweight Honda CB500X model has also been given LED head and taillights for next year's model. The CB500X's windscreen was lengthened vertically as well, and its transmission has been improved to allow for smoother gearbox changes. Both 2016 NC700X and CB500X models will be unveiled at the 44th annual Tokyo Motor Show, in addition to the 1200X's reveal Oct. 29.