Changes A Plenty For 2016 Harley-Davidson Models 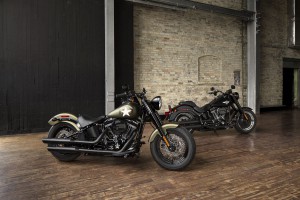 As the fall reaches closer, more motorcycle manufacturers are starting to announce their 2016 lineups. The newest company to make a splash for the coming year is Harley-Davidson with its newly updated motorcycles for the next riding season. Specifically, the American motorcycle giant had one thing in mind for the 2016 Harley-Davidson model lines - more power. Harley-Davidson's Fatboy, Slim and Softail models will all receive bigger engines, while the Road Glide Ultra will be added to the Rushmore line, The Los Angeles Times reported.

"People have been asking for more power," said Mark-Hans Richer, senior vice president and chief of marketing for Harley-Davidson, according to the source.

For 2016, the new Fat Boy S and Softail Slim S will feature the Twin Cam 110 engine, which only used to be available on the CVO models. As for other 2016 Harley-Davidson models, the Iron 883 and Forty-Eight will both have new wheel sets and increased suspension for better handling. Additionally, the 2016 Harley-Davidson Sportster will receive a suspension revamp. 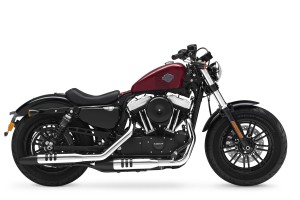 As for the Forty-Eight, Harley-Davidson said the adjustments on the 2016 model bring a more muscular stance with a classic peanut fuel tank and narrow and athletic waist. The Forty-Eight also has chopped fenders to expose the tire rubber along with a balance of black and chrome throughout the bike.

"The low handlebar and forward foot controls put the Forty-Eight rider in an aggressive posture, so we picked up on that with the styling," said Ben McGinley, lead stylist and industrial designer and stylist for Harley-Davidson's 2016 lineup. "The big front wheel is like a steamroller coming down the street, and we went with the smaller round steel air cleaner and some chrome on the exhaust to draw your eyes to the engine, which looks larger under the peanut tank. I'd describe the theme of this bike as functional muscle."


Meeting The Needs Of New Riders 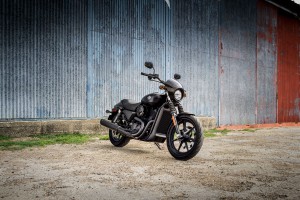 Richer added that his company is seeing a lot of new Harley-Davidson riders come through the door and that he wants to be able to reach new customers to build relevance with them, the Times reported. This group of new riders has grown twice as fast as the number of core riders already with Harley-Davidson.

Richer said he wanted to introduce new color options and a lower MSRP so younger riders can afford to purchase a Harley-Davidson. For the future, there could be more Streets coming to the lineup.