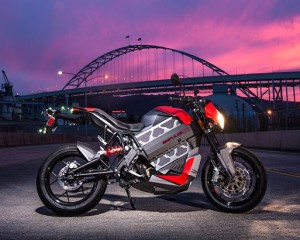 Victory recently unveiled its first-ever battery-powered motorcycle, the Empulse TT. For the most part, Victory Motorcycles has been a major manufacturer of cruiser-style motorcycles. However, their parent company recently bought the electric motorcycle manufacturer Brammo, and has adapted their design of the Empulse TT for the Victory brand. With that in mind, it isn't too shocking that they have taken the approach of the sportsbike design.

According to Fox News, the bike will be available later in 2015 for $19,999. It will be the first electric bike offered to the public from a traditional motorcycle company.

"This is a stepping stone to a full electric designed in-house at Polaris and allows the company to explore the market for a relatively low investment," said Mark Hoyer, editor and chief for Cycle World, according to the source. "Getting the Empulse TT in market first is a perfect example of the spirit and aggression of Victory's parent company Polaris." 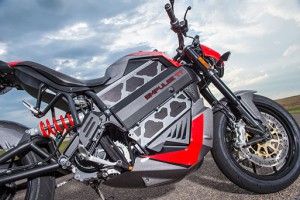 The majority of electric motorcycles already manufactured carry a single speed transmission, but the Empulse TT has a six-speed manual that simply needs to be clutched to change gears. The bike also has regenerative brakes, which help recharge the battery pack on the motorcycle when coming to a stop. Victory said most riders could simply leave the bike in third gear and never handle the clutch again.

The Empulse TT has a 54 hp electric motor with 61 pound-feet of torque. The 10.4 kilowatt-hour battery pack can last roughly 57-100 miles before needing to be recharged. The bike's total weight is 470 pounds and its top speed is limited to 100 mph.

Much like the charging stations used to power up electric automobiles, the Empulse TT uses the same 240-volt charging device. The device can completely charge the bike's battery in less than four hours. However, if you use a simple 120-volt outlet, the bike can charge in about nine hours. 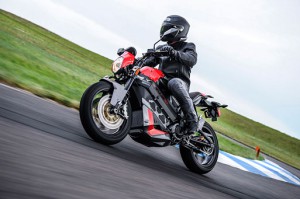 According to Cycle World, the bike has a fully adjustable suspension with a single rear shock and inverted front forks. The electric motorcycle includes cast aluminum wheels, which are extremely lightweight, which help the bike use less energy to get moving.

"The Empulse TT was developed primarily as an electric motorcycle delivering a sporty ride, but with dual ride modes - ECO and SPORT - to choose from, and the addition of a gearbox, the Empulse TT is a versatile motorcycle that can be used for impressively sporty riding or as a casual commuter," said Joshua Katt, the electric product manager for Victory, according to the source.

Victory has built a motorcycle that is for the casual commuter or for the sportsbike enthusiast. The nearly full-digital display is extremely functional and simplistic with the overall design of the bike. Its advanced technology will likely combat with Zero Motorcycles and even Harley-Davidson, as the motorcycle giant continues to tweak its electric motorcycle model, the LiveWire. With so much attention toward electric bikes, Victory is showing other cruiser manufacturers there's no need to limit designs and efficiency.