Harley-Davidson Recall Due To Saddlebag Problems 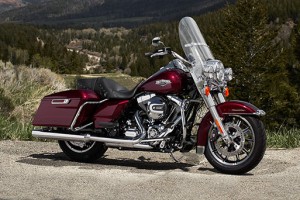 In a recent announcement, Harley-Davidson said it would recall 185,272 cruisers that have motorcycle luggage systems with faulty saddlebags. The motorcycle manufacturer added in certain situations, the saddlebags can separate from their racks.

In January 2015, Harley-Davidson began investigating the saddlebag issue with several warranty claims. There have been no reports of injuries or crashes due this saddlebag error, but Harley-Davidson officially decided to make a major recall to prevent any hazards to its riders.

The receptacle that holds the saddlebag bar in place is faulty on certain models, which causes the luggage to become loose over time. This can cause the saddlebag to separate from the motorcycle, which creates a road hazard for riders and others on the road.

"Under certain conditions, the spring wire in the receptacle may not maintain adequate tension, allowing the mounting stud to disengage from the receptacle," Harley-Davidson stated in the recall announcement. "If this condition remains undetected, the saddlebag may become separated from the motorcycle while in motion, possibly creating a hazard for other motorists."


Customers Can Get The Part Replaced

The motorcycle company said dealers will be able to replace the affected saddlebag mount with updated parts for free. Owners can contact the company with the recall number 0166.

The affected models are only in the 2014 and 2015 Touring lineup. The motorcycles under this recall include: