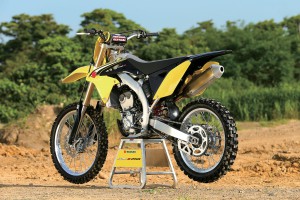 New revisions to the engine gives a wider range of power delivery, reduced engine brake, improved starting and increased durability and reliability, while handling is improved and overall weight reduced.

More-than 80 engine internal parts are redesigned on the 2016 RM-Z250 along with a new frame and suspension.