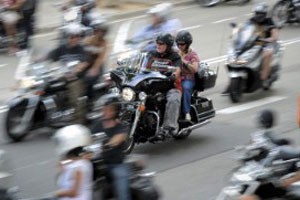 While there is only one state that allows motorcyclists to actively lane-split while riding, many oppose the idea by saying it's unsafe. However, a new report from the University of California, Berkeley, claimed the act of lane-splitting is actually "relatively safe" when performed in the correct manner.

Since California is the only state permitting lane-splitting, there is still a lot of unknown data when it comes to the act. Other states such as Washington and Oregon are working on legislation that would allow the act in those states as well.

For the research on the UC Berkeley study, nearly 6,000 motorcycle accidents were investigated between June 2012 and August 2013. Researchers found out 997 of the accidents involved lane-splitting.

Currently, the practice is completely legal at roughly any speed, but new legislation is in the works to put stricter regulations on lane-splitting. The report, however, found the practice to be safer when traffic is moving at slower speeds.

"Lane-splitting appears to be a relatively safe motorcycle riding strategy if done in traffic moving at 50 MPH or less and if motorcyclists do not exceed the speed of other vehicles by more than 15 MPH," the study reported. 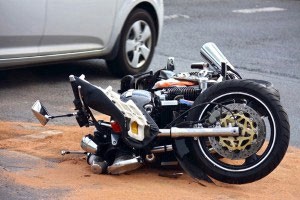 The data showed some remarkable statistics on the act of lane splitting. In fact, those who choose not to lane split were more actively involved in motorcycle traffic accidents compared to those who split lanes frequently. Additionally, the report suggested that drivers who split lanes are safer and more skilled motorcyclists than those who do not.

Many motorcyclists choose to split lanes because of the fear of being rear-ended by vehicles in traffic. For riders, this common fender-bender between two standard cars actually turns out to be much more catastrophic for motorcyclists. While this is a fairly uncommon accident, only around 5% of accidents with non-lane-splitting motorcycles, there chances of being rear-ended is about cut in half if you are lane-splitting.


Practice Still Unwelcome By Many 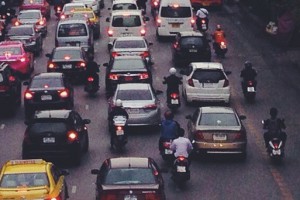 Even with data showing that lane-splitting is a safer practice than many people originally thought, several motorists still do not like the fact motorcyclists can skip through traffic. In the UC Berkeley study, of the standard passenger vehicle drivers surveyed, 61 percent said they "somewhat" or "strongly disapproved" of lane splitting.

Another detail of the report found of the approximate 6,000 accidents detailed in the study, roughly 25 percent involved Harley-Davidson motorcycles. The next two types of bike involved in the most crashes were Honda and Yamaha, respectively.

Motorcyclists should always be aware of the type of motorcycle they ride and know exactly how the vehicle works before taking it on the highway. Additionally, riders can help prevent serious injuries by wearing certified motorcycle gear. Things such as armored jackets and full-faced helmets can go a long way in protecting a rider on the highway.