Oregon Could See Lane-Splitting Law In The Near Future 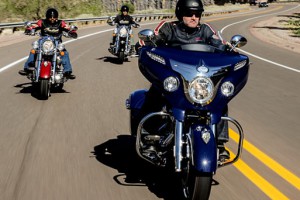 For years, California has been the poster child of lane-splitting for motorcycles, and while it's the only state that allows the maneuver, more could be joining the Golden State. In the past few months both Oregon and Washington state officials have been considering allowing lane-splitting on their state's freeways and highways.

Senate Bill 694 is currently under consideration in Oregon, which would allow motorcyclists to drive between cars going the same direction when traffic is either stopped or going at a speed of 10 mph or less. Additionally, the state's potential law would enforce motorcyclists to maneuver between other vehicles at a speed of 20 mph or less, and take extreme caution and drive between vehicles in a sensible way.

Jonathan Adkins, executive director with the Governors Highway Safety Association, explained that some officials are worried about the dangers it would create for motorists and motorcyclists if the state allowed lane-splitting, The Wall Street Journal reported.

"We're skeptical, and it's not something that we would encourage states to do," said Adkins. "With highway safety we've made great progress, but motorcycle safety is an area where we haven't been making progress generally speaking." 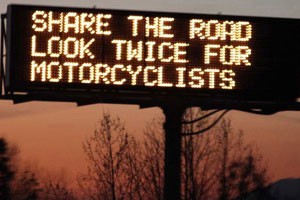 However, in late 2014, a report from the American Motorcycle Association actually supported lane-splitting in California. The report reviewed motorcycle crashes between June 2012 and August 2013 in the state, which currently has more than 800,000 registered motorcyclists.

The report looked at motorcycle riders who experienced a collision as a result of lane-splitting and incurred injuries across multiple body regions. Also, analysts observed the severity of the collision with motorcyclists driving under 30 mph and those within 10 mph of the speed limit.

Vice President of Government Relations with AMA, Wayne Allard, said the report showed motorcyclists who choose to split lanes on their motorcycle are actually doing it in a safe and efficient manner, especially so in areas of heavy traffic. Additionally, Allard said the AMA supports those who choose to lane split and that other states should consider the move toward implementing lane-splitting.


Even More Reasons To Invest In A Safe Helmet 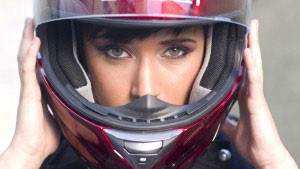 With the possibility of lane-splitting laws being added to more states, this should simply be just another reason to invest in a safe motorcycle helmet. This piece of equipment is crucial to your well-being whether you're driving 65 mph on the highway or 20 mph splitting through traffic. Helmets are there to absorb the impact and protect your brain.

There are plenty of cool motorcycle helmet options available that can suit your specific needs. Whether it's a three-quarters, shell, full-faced, or modular helmet, anything is better than nothing while riding on the open road. The lane-splitting discussion should have riders thinking about safety before convenience.