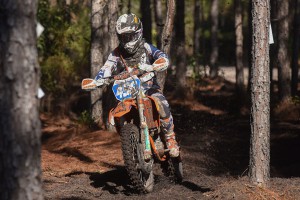 FMF KTM Factory riders Kailub Russell and Kacy Martinez took wins at the opening round of the GNCC Series in the XC1 Pro and WXC classes respectively.

Martinez was up first in the morning race. She got a 10th place start but passed into the lead within the first two miles. Once in the lead, she checked out on the field and pulled to an almost two minute lead over the next closest women's rider. Martinez also rode a strong enough race to secure the overall of the entire morning classes by almost a minute.

"It feels really good to get a win at the first round," stated Martinez. "The course was challenging but really fun in the second half of the race once I knew what lines to take. I know the next round will be different conditions but I feel pretty confident with my bike and am looking forward to the challenge." 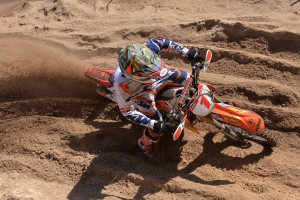 Russell got a great start off the line in the XC1 Pro class coming around the first corner in 2nd place. He quickly moved into the lead and began to pull from the pack. He had over a 20 second lead after the first lap and continued to pull a gap eventually winning the dirt bike race by over two minutes from the 2nd place rider.

This marked the first time Russell has won the Florida GNCC since he moved up to the XC1 Pro class. "I've always had a few issues at this race," stated Russell. "It feels really good to finally get a win in Florida and start the season off right. It was really hot today which I have not been used to lately but my conditioning over the winter break paid off and I felt pretty good." 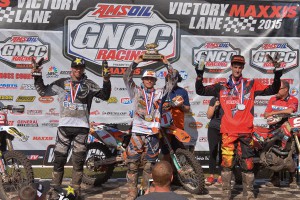