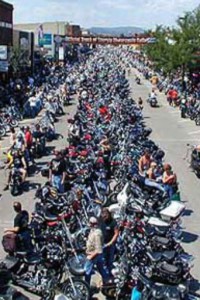 It's a common misconception that most motorcyclists are speed-loving riders, but in fact, the U.S. motorcycle industry is primarily made up of baby boomer riders in their 40s, 50s and 60s.

The baby boomer generation is a lot wealthier than what cult-classic biker movies of the 60s and 70s made motorcyclists appear to be. Many in the biking industry around the world took notice to the growing older crowd and now offer more gear, equipment and motorcycle add-ons.

New figures released by Saga, a British insurance company for those 50 and older, highlight that 43 percent of its customers are making their way into their 60s and 77 percent of those who have motorcycles are above the 40-year-old mark. Additionally, the insurance company found that approximately 3,000 of its customers passed their motorcycle drivers license test in 2014 and were at least 50 or older.

This shows that while many baby boomers have been riding since their young easy rider days, there are actually a lot of older riders getting their first bike. The motorcycle industry has certainly welcomed the generation, because older drivers like to have to best motorcycle gear and put emphasis on safety and protection as well.


Alternative To A Second Car 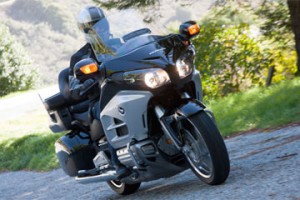 Paul Green, a spokesperson for Saga, explained that motorcycles have turned into a great alternative to buying a second car for the baby boomer generation. With luxury models like the Honda Gold Wing costing upwards of $30,000 it is not much of a surprise that some of these new riders are those that have always wanted to ride, but in their later years are just now having the time and money to invest in their ride.

"There's an increasing number who can now afford to have a bike, as well as a car, and are taking their bike test for the first time," said Green.


Older Women Riders On The Rise 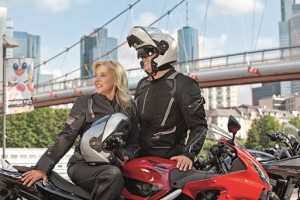 However, this does not just apply to men. Many baby boomer women are getting their first bike and taking their motorcycle test as well. Maria Costello, a professional British motorbike racer, explained to the Guardian newspaper that her Facebook page has grown significantly with older riders.

"Everyone who joins my group puts up a picture of themselves and we had quite a few over the age of 50 join recently," said Costello. "I get the impression some are coming back to this, though there are many more who are new to it." 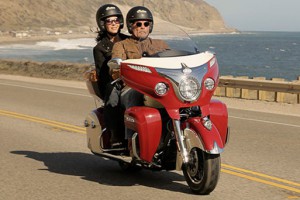 Simply put, as baby boomers age, the loyalty of this generation increases toward their motorcycles, the Sacramento Bee newspaper reported. Mark Korb, a rider with the 130-member Gold Country Harley-Davidson Riders group, explained that lawyers, doctors and dentists are all joining the group.

Molly Korb, who is married to Mark, said she got into riding as well when she was 53, the source reported. She said she began on an easy to control BMW versus the Harley-Davidson her husband rides. She added that it was in her midlife, but in no means was it a crisis. 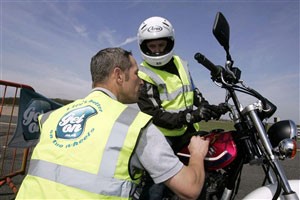 Of all the licensed motorcyclists in the state of California, the Department of Motor Vehicles said 56 percent of the 1.4 million Class M license holders are of the baby boomer generation.

However, Chris Cochran, assistant director of the Office of Traffic Safety, said there is a problem with baby boomers rushing to buy motorcycles. He explained that a lot of them used to ride or are first time riders and want to skip safety courses or think they're too old to take new motorcycle courses, the Sacramento Bee reported.

It's still important for all riders to take safety into consideration no matter the age. The motorcycle industry welcomes everyone, but strongly believes in safe riding.