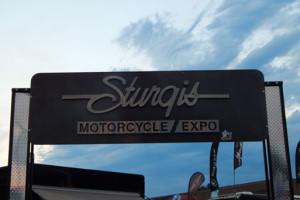 The Sturgis Motorcycle Rally held in Sturgis, South Dakota, is one of the largest motorcycle rallies in the world, and for the event in 2015, Harley-Davidson was named the official motorcycle of the spectacle, Motorcycle.com reported.

In fact, this year's event will mark the 75th annual Sturgis Motorcycle Rally ever, and according to the Milwaukee Journal Sentinel, Harley-Davidson will be the official bike for another 75 years, until 2090.


Working On A New Stage And Event Area 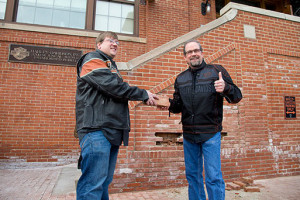 The rally doesn't start until the first week of August this year, but Harley-Davidson is already making its mark in the town of Sturgis by constructing an official permanent plaza in the middle of the city. According to The Associate Press, the plaza will be the host to numerous concerts and other events in the city. Harley-Davidson officials explained they hoped to have the plaza completely finished by August.

As part of the deal, Harley-Davidson is donating 75 bricks from their iconic buildings; one brick for every Sturgis Rally, or one for every year going forward - however you want to look at it. Their downtown Milwaukee headquarters and the Harley-Davidson Museum will each donate one brick, pulled from their walls by a 2015 Harley-Davidson Street 750, while the remaining 73 bricks will come from their famous motorcycle-only parking lot.


New Plaza Will Be A Hub For The Event 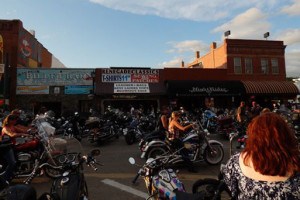 The plaza will be located in a previously empty lot off the intersection of Main and Second streets. Additionally, the spot will be fitting for the motorcyclists since it was already a go-to area being next to the Sturgis Motorcycle Museum and Hall of Fame, the source reported.

The event is world-renowned and attracts riders from across seas and throughout the nation. The Sturgis Motorcycle Rally usually draws hundreds of thousands of motorcyclists to the small town in South Dakota and lasts six days. Typically, hotels are completely sold out during the rally, but several people bring tents and camp in fields nearby or in residents' yards, the source said.

"The Sturgis Motorcycle Rally is a huge event that has ramifications well beyond the U.S," said Mike Kennedy, vice president of North America sales for Harley-Davidson, according to the Journal Sentinel. "I have ridden in Europe, Asia, most parts of this country and Canada, and the Black Hills are my favorite place to ride."

Hundreds of vendors will set up shop during the event, but nowadays, many of the riders are reaching an older demographic and are not the outlaw type that some people associate with motorcycle riders.


Coming A Long Way From Its Past 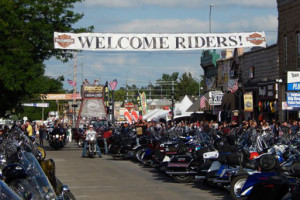 According to the source, in the past, the event was more known for being a drunken fest with drugs and nudity that lasted a full week, but times have changed - however, the spirit of the event has not. Now, the biggest name in American motorcycles will endorse the event for the next 75 years and plans to make it a successful collaboration with the event.

"Harley-Davidson riders have attended the Sturgis Motorcycle Rally for decades," said Matt Levatich, president and chief operating officer of Harley-Davidson, according to Motorcycle.com. "This new agreement will help fuel many more years of freedom, independence and rebellion for this iconic gathering."

The new agreement will help the progression of Sturgis, and with the collaboration including Harley-Davidson, it presents a brand-new perspective to the event, the source reported.

"Riding is a passion passed down through generations, so it's important we celebrate the legacy and history of Harley-Davidson in Sturgis while helping creating new memories," Levatich added. 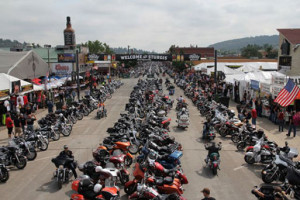 Officials of the Sturgis Motorcycle Rally recommended possible attendees to get their plans in order now. According to Cycle World, the officials said while everyone is stuck in the cold weather, now is a great time to plan a summer trip to Sturgis and be a part of the 75th annual rally. Since the event draws such a large crowd, it's always best to plan as far ahead as possible.