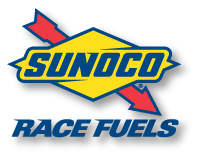 The AMA and MotoAmerica, the new home of the AMA Superbike Series, have announced an update to the 2015 rulebook regarding spec fuel.

Sunoco RMR has been named as the controlled fuel for all classes in the series. Sunoco RMR is available throughout the country and will be available at MotoAmerica race events. Participants can go to www.racegas.com/fuelfinder to find the nearest distributor.