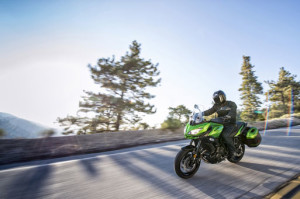 The Versys 650 LT includes only a one-piece exhaust that has header pipes joining beneath the engine, which Kawasaki says will provide more boost in top-end power. While it might not be much, the Japanese motorcycle manufacturer now claims the LT version has a peak power of 69 hp, which is just a 0.7 hp increment, the source reported. However, the new rubber engine mounting used on the LT will decrease the shock and vibration of the engine and give the bike a smoother ride that is comparable to the Versys 1000.

Another feature included on the 650 LT are the three-level-adjustable windscreen to give riders of all sizes of protection. The bike also has new twin headlights, which are placed side by side on the front of the vehicle.


Bike Made For The City 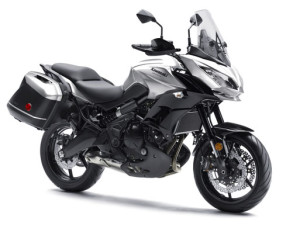 While this mid-range motorcycle has a lot of new bells and whistles compared to the previous Versys 650 edition, the LT is still a ride that is fit for city life, London 24 reported. The Versys 650 LT is adaptable enough for any city rider to use for daily commuting, but the motorcycle is also able to handle longer-distance riding without having to be classified in the tour bike category.

The 650 LT also received a bit of a makeover with new fairing across the top and side of the motorcycle, which could attract more touring riders for a mid-range bike, the source reported. For a bike that has a massive amount of storage space, which can often come off as clunky and too heavy, the Versys 650 LT is much sportier looking than other 650cc-range touring models.

According to London 24, the LT model is the first time the Versys line has truly looked the part of a Kawasaki motorcycle. While the bike certainly draws more attention to its looks, the LT also has a quick but comfortable riding style with its 4,000 rpm at 70 mph. 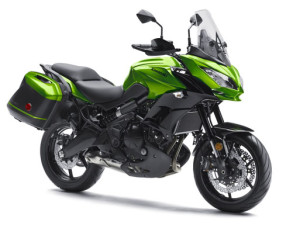 It's heightened seat allows riders to see over most cars while on the road, which also makes the adjustable windscreen pleasant for taller motorcyclists. According to Sport Rider, the suspension allows riders to take in all the bumps and potholes of city driving without feeling hard hits of road. The LT comes with a rear shock that has modified settings and a remote hydraulic spring preload adjuster to increase the smoothness of the ride.

The Kawasaki Versys 650 LT comes in either Candy Lime Green or Pearl Stardust White and has a price tag of $8,699, which is rather affordable for the mid-range sporty touring motorcycle category.