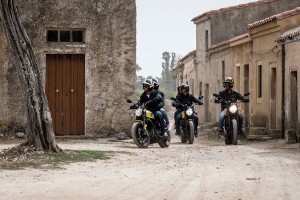 One of the most intriguing motorcycles released in 2014 was the Ducati Scrambler, which is a retro-style bike that absolutely doesn't want you to call it a retro bike. In the past decade, retro motorcycles such as the 1970s Honda CBs, Yamaha XS650 and the BMW R75/7 have turned into hot commodities on the used motorcycle market.

A lot of people in the industry blame it on the young generation of hipster riders that suddenly want cafÃ©-racer-style motorcycles. The attention toward these retro bikes has grown significantly, and the demand has turned old, cheap 1970s Honda parts into a gold mine.

So with the amount of young and bearded riders growing, motorcycle manufacturers are trying to do what they can to tap into the market. According to Cycle World, Ducati is now trying to attract its younger audience with the new Scrambler, which comes in four models: the Icon, the Urban Enduro, the Classic and the Full Throttle. 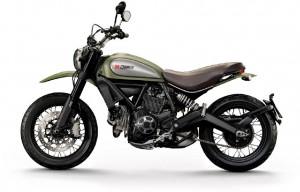 Something that a lot of motorcycle manufacturers are realizing is that younger riders don't want to pay a ton for new motorcycles when they can spend that same money on a rebuilt and customized old cafÃ© racer. According to Cycle World, the Ducati Scrambler comes in at $8,500, which is still an uncertain price for younger riders, but sales will tell the truth within the next year.

According to Auto Evolution, Ducati is trying its best to bring back the feeling and aesthetic of classic motorcycles that once dominated the roads nearly half a century ago. Much like how the automobile crowd continues to move toward retro-build muscle cars from the 1960s and 1970s, motorcycle manufacturers know younger riders want these bikes as well.


Branding Around A Lifestyle 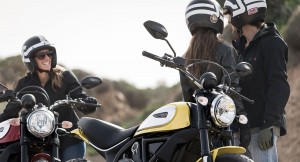 Another way motorcycle companies are attracting younger riders is through "lifestyle branding," and the Ducati Scrambler could be the most lifestyle-centric motorcycle to ever come from the company, Asphalt and Rubber reported.

Lifestyle branding isn't very popular among older riders, but Ducati's mission is to sell specific clothes, gear and other accessories that create a certain persona for those who ride a Ducati Scrambler.

According to the source, the company doesn't want to use the word "hipster" at all in its marketing, as that is a taboo word in the subculture, but the Italian motorcycle manufacturer is doing everything it can to attract the "h-word" market.

The specs of the ride and details about torque, horsepower or rpms are not nearly as important as the aesthetic, emotion and lifestyle approach to the motorcycle, Asphalt and Rubber reported. To add to that idea, the Scrambler is not a motorcycle built to blow riders away but instead create a ride that looks the part of the rider. 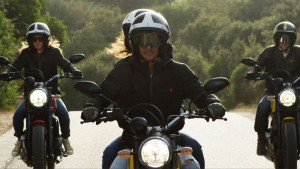 The Ducati Scrambler has an 803 cc, 75 hp, air-cooled, V-twin engine that has enough torque to get the rider going but nothing that makes the bike egregiously fast. The Scrambler keeps its retro style with a short seat height of only 31 inches and maintains a very narrow saddle that resembles most cafÃ© racers.

The ABS brakes can be turned on or off only while you're riding, and the bike's footpegs seems to be a little too aggressive for some riders, the source reported.

According to Cycle World, the cultural shift is changing in the motorcycle world, but it's nothing older riders should view as the Armageddon of motorcycle riding as we know it. Instead, models like the Ducati Scrambler provide riders looking for a certain aesthetic with a bike that fits their lifestyles.

As far as trends in motorcycles go, everything could be completely different in 10 years.