With just a few hours before the 2015 Dakar gets under way the whole Yamaha team came together in Buenos Aires to go through scrutineering prior to the start early on the morning of January 4. The tension is palpable but morale in the Yamaha camp is high. After months of preparation the countdown to ultimate test of man and machine has begun. 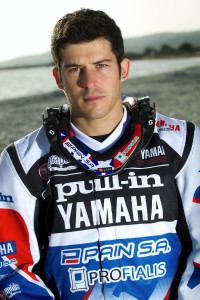 "For sure, with us moving into the assistance parc with all the other teams and going through scrutineering, the tension goes up a little. The start is only a few hours away now and you can feel the anticipation. The nice thing about the Dakar though is that it really is like a big family. We spend a lot of time together and share something very intense and that creates strong friendships. Plus of course this isn't circuit racing, it isn't a contact sport, essentially we are racing against the clock not each other. Obviously there is some rivalry but, for me at least, my biggest challenger is myself and the mental battle I have to stay focused and not make any mistakes. Then comes the desert, which must be treated with respect, and which is always a serious adversary." 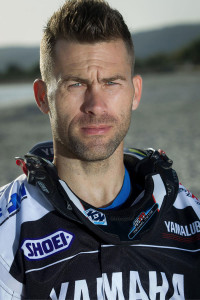 "For me going through scrutineering always reminds me of the first day back at school. You see friends that you haven't seen for a while, everybody is looking at the new clothes you're wearing and you're looking at theirs. Everybody is excited and a little bit nervous at the same time. The temptation is to chat to everybody you meet but when you are in a factory team you must never forget you are here to do a job, so you need to hold back a little and not get too distracted." 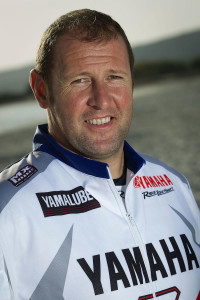 "Personally I feel very relaxed. It is a pleasure to be in this environment, see my friends from the other teams and swap stories. I've always liked this atmosphere and feel totally at home in it. I do admit however that I'm impatient to get going now. We've been here since the 29th and I'm keen to get out in the desert and ride my bike."