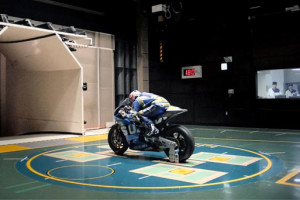 Suzuki Motor Corporation has today issued a new 'behind the scenes' video of the 2015 SUZUKI MotoGP Team as it prepares for a return to MotoGP this season with new riders Aleix Espargaro and Maverick Vinales.

The documentary features never-before-seen and exclusive footage inside Suzuki's Motorcycle Technical Center at Ryuyo in Japan, highlights include a 230+ km 'Wind-Tunnel' tests with the 2015 Suzuki GSX-RR and then with test rider Takuya Tsuda, along with 'Wild Card' race footage from the final round of the 2014 MotoGP Championship in Spain in November with test rider Randy de Puniet.

Following the 18th and final race of the season on November 9th, 2015 team riders Aleix Espargaro and Maverick Vinales give their first positive comments on their respective 2015 GSX-RRs at the official Valencia MotoGP Test.