Motorcycle Industry Trying To Appeal To A Younger Generation Of Riders 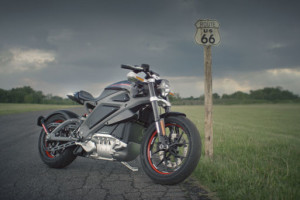 More motorcycle companies are trying to appeal to younger crowds with new and innovative motorcycles. According to National Public Radio, even the biggest motorcycle manufacturer in the game, Harley-Davidson, is trying to catch up with the times.

Harley-Davidson recently announced its new electric motorcycle called the LiveWire, which will fully run by a lithium battery. The company is touring the U.S. and allowing riders to test drive the newest model in the more-than-30-city expo. The tour will help the manufacturers decide what altercations to make on the actual model, as everyone who gets to test ride will be riding a prototype.


Something For The Everyday Rider 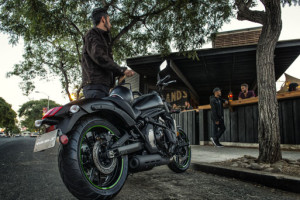 However, younger people want motorcycles that are not only economically efficient with fuel, but also ones that can easily make it around the city. Ben Lund, project leader for Harley's new electric motorcycle, is expected to reach a more urban customer base with the technology and efficiency, NPR reported.

"People in an urban environment have different needs and different requirements," said Lund. "You know, they're not riding a thousand miles across the country. They're maybe running around to the grocery store, or they have a short commute." 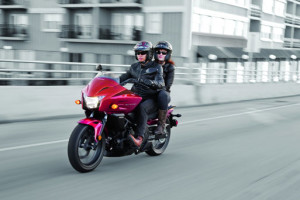 The motorcycle industry has drastically changed in the last couple of years after the economic downturn in the nation. Motorcycle manufacturers are now planning to lure in younger crowds to help build up their sales once again.

According to Ride Apart, overall motorcycle sales declined 40 percent in 2010, and still the industry is recovering from that massive drop. What makes it more difficult for motorcycle manufacturers is the fact that there are fewer riders out there who know the fun and excitement a bike can bring.

One of the biggest reasons why motorcycles sales are down is because older generations of riders have not done enough to promote riding in recent years and given others the positive points of owning a motorcycle, the source reported. 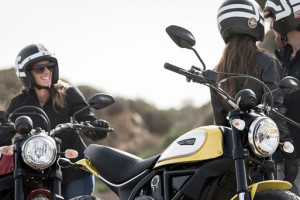 Numerous people see motorcycles as only a hobby, sport or weekend activity. Plenty of people use motorcycles every day to get to and from work, the source cited. However, with the lack of new riders, the industry is trying to do all it can to attract younger riders.

One of the worries was about the selection of different motorcycles, a Honda motorcycle sales representative told Ride Apart. It was only a couple of years ago when even major motorcycle companies such as Honda had limited variations in their bike selection.

"At that time in the U.S., Honda had an entry-level 250â€‹ cc model with the next step up being a 600â€‹ cc," the Honda rep stated, according to the source. "That, in hindsight, was perhaps too big of a gap for new riders. In the 1960s, Honda built its reputation on offering affordable, fun motorcycles. That's what we're aiming to do again now." 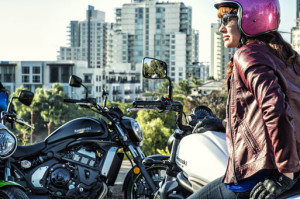 While the industry might seem to have missed the mark with the younger generation, many at the annual Sturgis Motorcycle Rally in Sturgis, South Dakota, reported a lot of younger riders attend the festivities, The Associated Press reported.

The event was the 74th overall, and the area hosted roughly 500,000 riders from across the U.S. to take the ride. According to the source, the event organizers love the older riders who come each year but also want to bring in younger riders as well.

"You've got to keep replenishing the blood to keep it going," said Tammy Bohn, a planner for the event who works with younger riders. "I'm bringing in the young 'uns."

Some of the events to help attract the younger riders where sponsored by Monster Energy Drink and Ducati motorcycles, and pro road racer Ben Bostrom will be working with the organizers over the next few years to draw in a younger crowd.