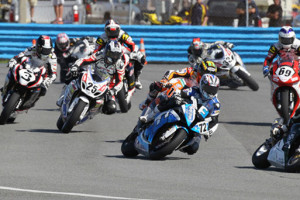 The AMA and MotoAmerica, the new home of the AMA Superbike Series, have announced updates to the rulebook for MotoAmerica, an AMA national championship series and an FIM North America championship. The changes include adding weight to motorcycles in the Superstock 1000 class and a change to the spare-motorcycle requirement in the Supersport class.

Additionally, the AMA has created an Annex A to all classes, which is basically a rule-change list. Teams and riders can now refer to the Annex A list to more easily track rule changes.